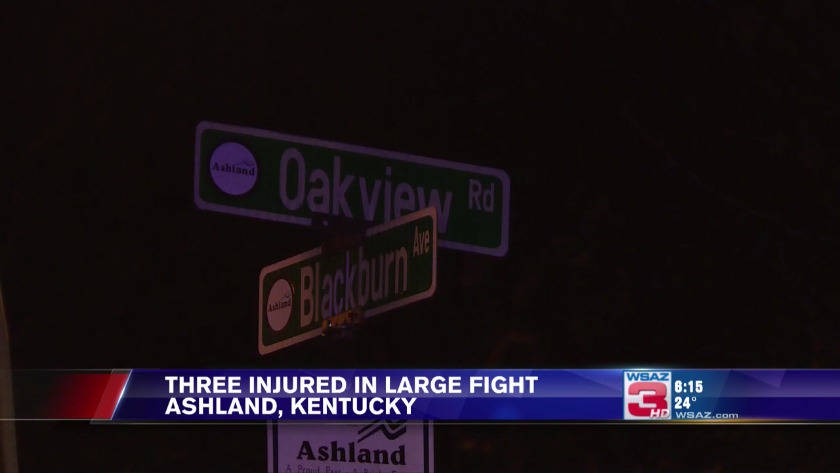 Three hurt in Ashland during fight

Three hurt in Ashland during fight

Three people were hurt Thursday evening in a fight between a large group of juveniles in Ashland, Kentucky.

Officers say the fights happened at a home at the intersection of Blackburn Avenue and Oakview Avenue, where they responded, and the area of 29th Street and Holt Street, about a half mile away.

The fight ended with two juveniles being stabbed and another injured in a fight.

One of the stabbing victims was taken in a personal vehicle to King's Daughters Medical Center. Once the victim was stabilized, they were taken by ambulance to Cabell Huntington Hospital for trauma care. That victim is in serious condition.

The juvenile who was injured in the fight had cuts and bruises. They were also treated at KDMC and released.

About an hour after police started their investigation, the other stabbing victim was taken in a personal vehicle to KDMC Urgent Care and then taken on to Cabell Huntington Hospital to deal with what police are calling a "serious" injury.

Police say as many as 10 to 20 juveniles were reported at the scene.

According to a news release from the Ashland Police Department, "the incident was specific to all those involved in the disturbance and not random."