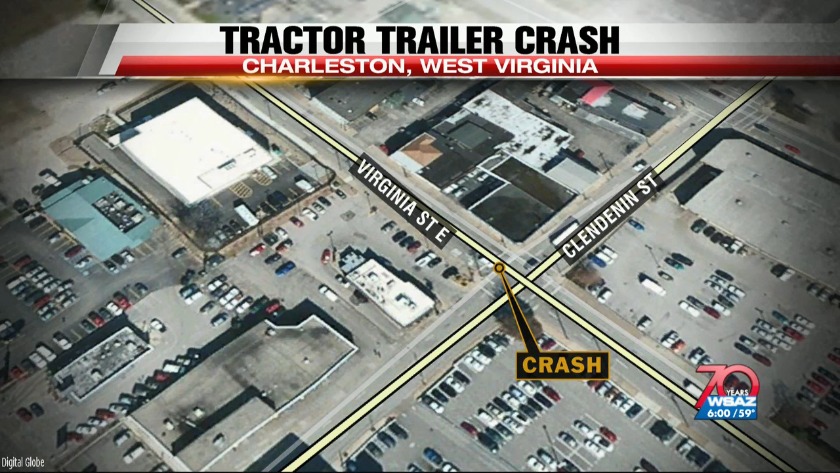 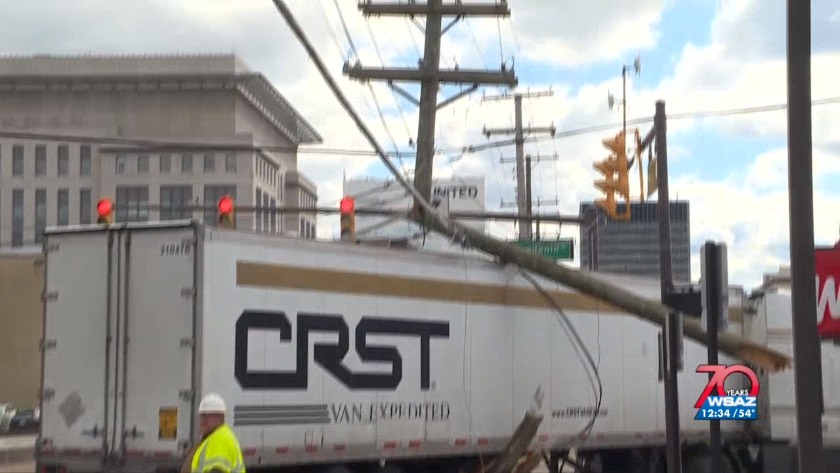 Clendenin Street shut down due to accident

CHARLESTON, W.Va. (WSAZ) -- UPDATE 10/17/19 @ 4 p.m.
AEP is working to fix the power lines involved in an accident with an 18-wheeler on Clendenin Street Thursday morning.

An 18-wheeler crashed into a power pole, according to dispatchers.

According to the truck's navigator, the driver of the 18-wheeler turned too sharp at the the intersection of Virginia Street and Clendenin Street. The power pole split into three pieces.

AEP officials tell WSAZ they have turned the power off to work on the damage. Power is expected to be restored between 9 and 11 p.m.

ORIGINAL STORY
A crash involving an 18-wheeler has shut down part of Clendenin Street.

It happened around 11:40 a.m. Thursday along Virginia Street East and Clendenin Street, according to dispatch.

Investigators say it appears an 18-wheeler crashed into a power pole.

There is no word on if anyone was hurt.

Charleston Police and the Charleston Fire Department are on scene.