UPDATE | Small dog found near death released from the hospital 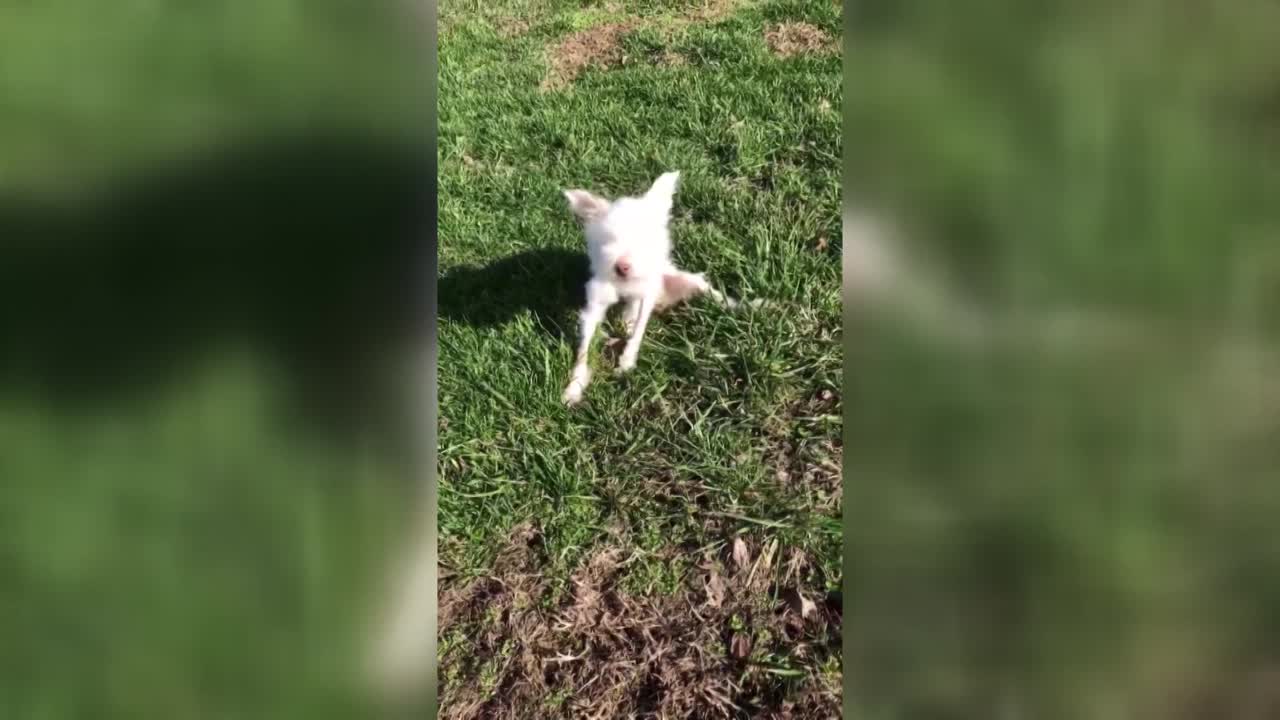 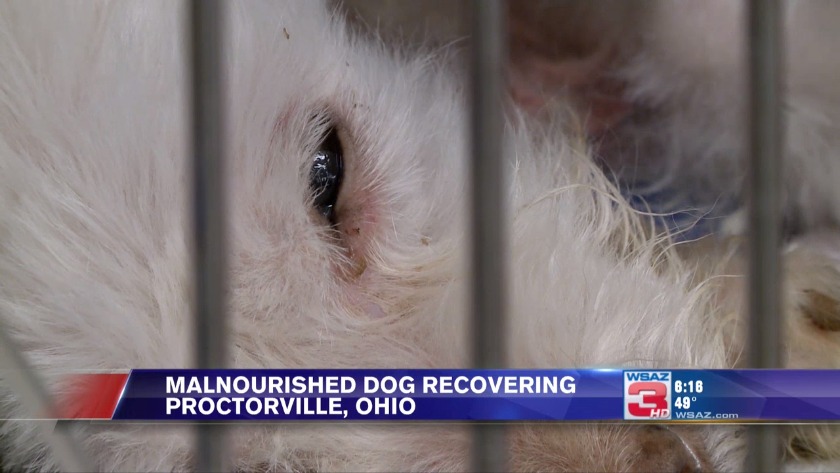 Dog found near death now on the road to recovery

HUNTINGTON, W.Va. (WSAZ) -- UPDATE 1/23/20 @ 10:25 p.m.
Shelby, a dog found earlier this month by a dumpster and near death, has been released from the hospital, the Huntington Cabell-Wayne Animal Shelter posted Thursday on its Facebook page.

Shelby, a dog found earlier this month by a dumpster and near death, has been released from the hospital.

"Our sweet little miracle girl has been released from the hospital. Thankfully her abdominal ultrasound showed no abnormalities. She will go back for checkups and additional bloodwork for at least a couple of weeks. She is eating well, gaining weight and absolutely loves to be petted. She is settled into a loving foster home where she immediately let the other dogs, cats and people know that she is large and in charge!!!"

Thursday, the Huntington Cabell-Wayne Animal Shelter posted an update saying Shelby was able to sit without support, but still having trouble standing on her own.

By Saturday, the shelter says she was standing on her own and showing other signs of progress.

The shelter says there are a few treatments and injuries they are addressing, but say it is clear that Shelby is "feeling better and getting stronger each day."

According to the latest update from the Huntington Cabell-Wayne Animal Control Shelter, Shelby is now able to sit without support. Shelby can not yet stand on her own but the shelter says the pooch has a great attitude.

Shelby's blood work also improved slightly on Tuesday, making it less likely that she will need a transfusion. The shelter also says Shelby's appetite has been good. They say she's been able to eat four small meals a day.

Keep checking WSAZ and WSAZ.com for the latest information.


UPDATE 1/13/19 @ 6:30 p.m.
A little dog that was found near death by a dumpster is now on the road to recovery and is gaining a large following on social media.

The Huntington Cabell-Wayne Animal Control Shelter says the dog was found next to a dumpster outside an apartment complex. It happened Friday just outside Huntington.

The people who found her believed she was dead. However, when rescuers got there, they found she was just barely alive.

"We really anticipated that she was so pathetic that she would need to be euthanized," said Courtney Proctor-Cross with the shelter. "She wouldn't have made it through the night; I am convinced of that."

The dog has been given the name Shelby. Proctor-Cross says the name was "just fitting for her." She is believed to be about 8-years-old.

Shelby was rushed to the emergency room where they quickly began treating her. She was later transferred to the Proctorville Animal Clinic where Dr. Mike Dyer says they are trying to find the right balance for her care.

Dr. Dyer says when Shelby came into the clinic, she was extremely malnourished, weighing just 5 pounds when she should weigh about 12-13, and she was dehydrated. However, he says she is showing signs of improvement.

"We don't want to bring them back too fast and upset their digestive system," said Dr. Dyer. "But the fact that she arouses and is that alert to want food and to eat it like that is a really good sign."

Proctor-Cross says when Shelby was first found, the dog couldn't even stand on her own she was so weak. Now, just days later, she is able to slightly move on her own and she is getting food every couple of hours. She is also hooked up to an IV getting fluid.

Dr. Dyer says they will be doing some further blood work and testing on Shelby. They will be continually monitoring her each day to make sure she is receiving the right treatment.

"She's a fighter," said Dr. Dyer. "She wants to be here and as long as that fight is there and she doesn't have some severely debilitating disease that would indicate euthanasia would be an option, we are going to give her a fighting chance. She is somewhat of a miracle though because often times when they are in this bad of shape it could easily go the other way."

Dr. Dyer says she will likely be in the clinic for several more weeks, depending on how she continues to do.

Proctor-Cross says that thousands of dollars of donations have come in from people locally and even as far away as France to help with the dog's medical expenses.

She says there is a long list of people that have already shown interest in adopting Shelby. "There's just one of her though," when asked about others wanting to throw their name on the adoption list.

Proctor-Cross says a donation even came in Monday morning of a blanket and sweater for her and a baggie of homemade dog treats for her to deliver during her visit to the clinic.

"We don't know what the eventual outcome will be," Proctor-Cross said. "But we are hopeful she will make a full recovery and when she does, will be placed in a wonderful home."

She also said they are investigating to try and determine how the dog got in this bad of shape. However, she said there are no surveillance cameras in the area so that will likely be difficult to figure out.


ORIGINAL STORY 1/12/20
A dog is improving after she was found lying next to a dumpster Friday night in what animal control calls "near death" condition.

The Huntington Cabell-Wayne Animal Shelter is caring for the dog they believe to be around 8-years-old. They say blood work shows that she was starving to death, and was not expected to survive.

The shelter says the dog is showing signs of improvements by eating and being more responsive, but she is not able to stand on her own.

Officials say she has a long road to recovery and will need to be hospitalized until she is stronger. She will also need dental surgery.

The shelter is looking for donations to help cover medical expenses. You can donate through their Facebook page.