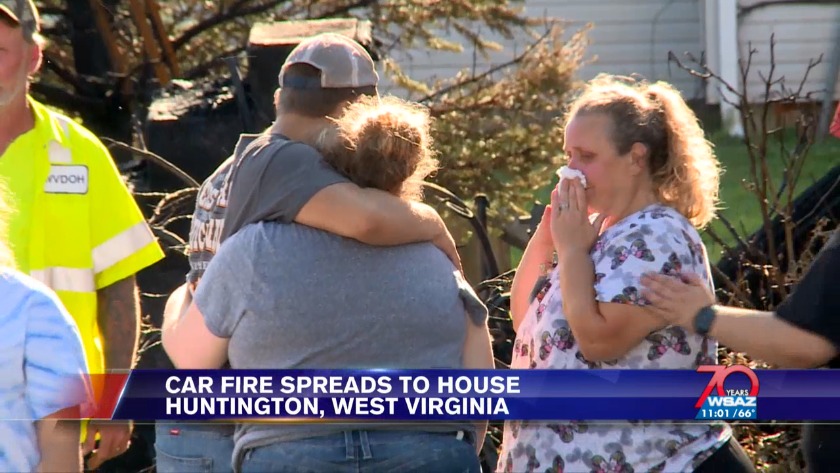 Family left homeless after car fire spreads to their home 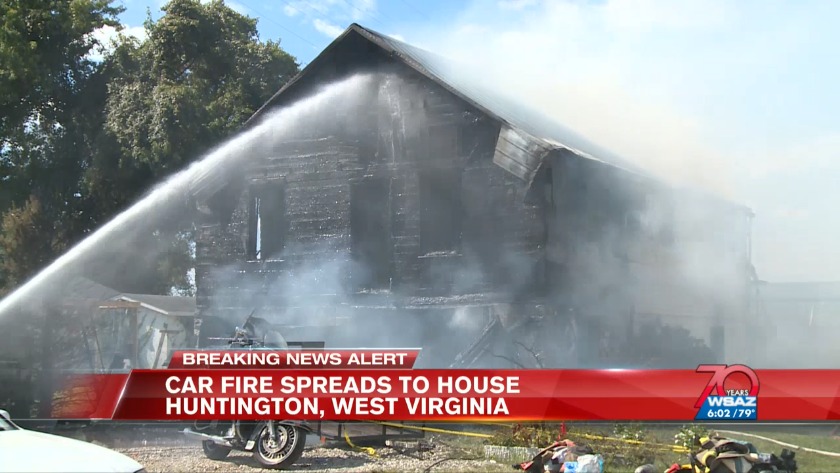 Multiple departments are at the scene of a house fire in Huntington. (Source: MGN)

A little before 3 p.m. Wednesday, neighbors on Siders Avenue in Huntington, located behind the Tri-State Fire Academy, saw flames shooting out of a house.

"The whole front of the house was totally engulfed," neighbor Diana Arnn said.

A man tells WSAZ his father and a friend were in the garage working on a car the father had bought for his wife a few months ago.

They say the car caught fire, and the flames quickly spread.

The family says none of the other five people who live in the home were there at the time.

"My heart goes out to them," Cotton said. "Anybody that loses their home, you feel for them."

"They have small children and pets," Arnn said. "It's going to be very difficult. I can't imagine. It looks like they've lost everything. My heart breaks for them."

The heat was so intense, it melted part of the siding on the house across the street and another garage next door.

The Red Cross is paying for a hotel for the family to stay.


UPDATE 8/28/19 @ 5:20 p.m.
Part of state Route 2 is closed Wednesday evening as crews investigate a house fire that displaced a family in the 4300 block of Siders Avenue, our crew at the scene says.

A man and his friend were working on a car that caught fire, spreading to the home. Although six people live at the home, no one else was there at the time.

The family tells us the man had bought the used car for his wife earlier this year.

Their home was destroyed in the fire.

The American Red Cross will put the family up in a hotel overnight.


ORIGINAL STORY 8/28/19
Multiple departments are at the scene of a house fire in Huntington.

Crews responded to a fire in the 4300 block of Siders Avenue around 2:40 p.m. Wednesday.

Firefighters tell WSAZ people were working on a car in the garage when it caught on fire. The flames spread to the rest of the house.

Six people live at the home, but nobody was hurt.

First responders also called the Red Cross to come in and assist the family.