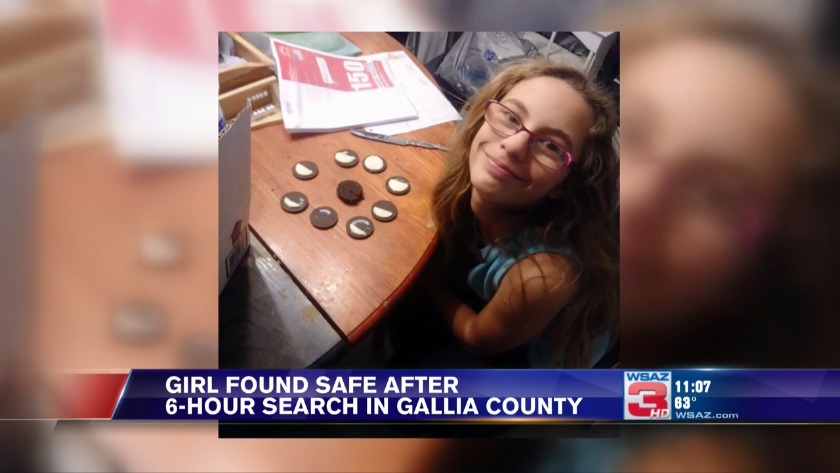 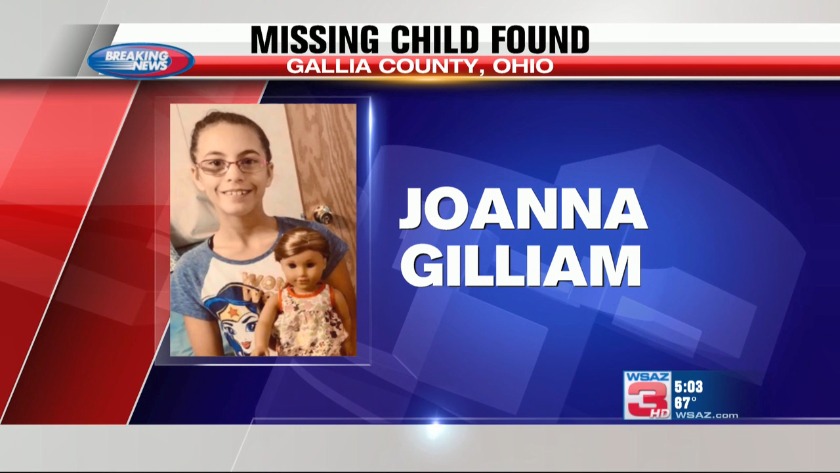 Crystal Gilliam's 11-year-old daughter Joanna, who has autism, ran away from their house around 11 a.m. Friday while she was being watched by her older sister.

"She has high anxiety," Gilliam said. "She'd gotten upset and her anxiety increased, so she ran."

Crews with ATVs, dogs, and drones combed the woods around their home along Route 160 just north of the village of Vinton.

Sheriff Matt Champlin says the girl was found in the woods a little before 5 p.m., a few hundred yards from the family's home.

"It was a local paramedic on scene just standing by to help us who heard the debris rustling and brought it to our attention," Champlin said.

He says it was a huge relief Joanna was found before they lost daylight.

"One of our fears is missing children," he said. "We never know if those are going to turn out good or bad. As a father, those punch you in the bread basket when you're looking for a missing child. When autism is in play, it amplifies the magnitude of the situation and brings a fear the child is in great danger."

The mother is thanking everyone who contributed to the search.

"I just want to thank everyone who came and walked the miles and miles," she said. "I'm sure she gave everyone a workout today. We are so eternally grateful."

When asked how she felt when she learned her daughter had been found safe, Gilliam said, "Blessed, very blessed. Answer to prayers."

The Gallia County Sheriff tells WSAZ.com Joanna Gilliam, 11, was located just before 4:30 p.m. a few hundred yards away from her home by a paramedic assisting in the search.

The sheriff says the 11-year-old was being watched by an other sibling when she disappeared from her home along State Route 160.

Deputies say Gilliam is safe and was unharmed.


Search crews are currently looking for a young girl with autism who has gone missing north of the village of Vinton.

The Gallia County Sheriff's Department says Joanna Gilliam walked away from her home, which is located in a heavily wooded area along State Route 160.

If anyone who sees her is asked to call 911 immediately.