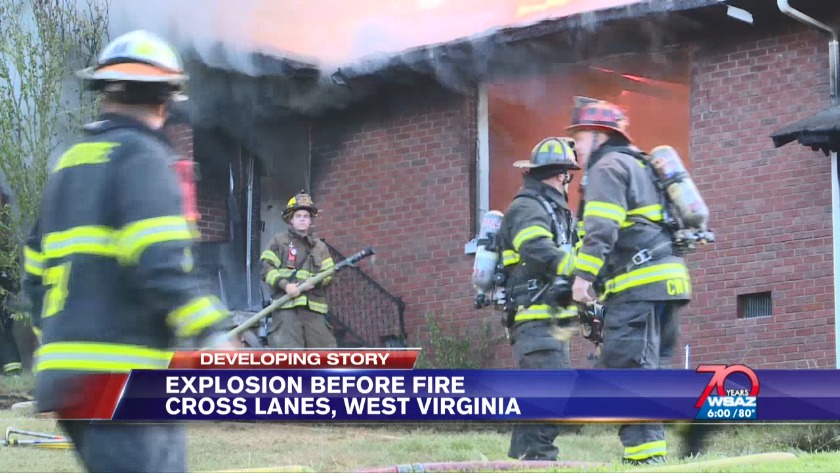 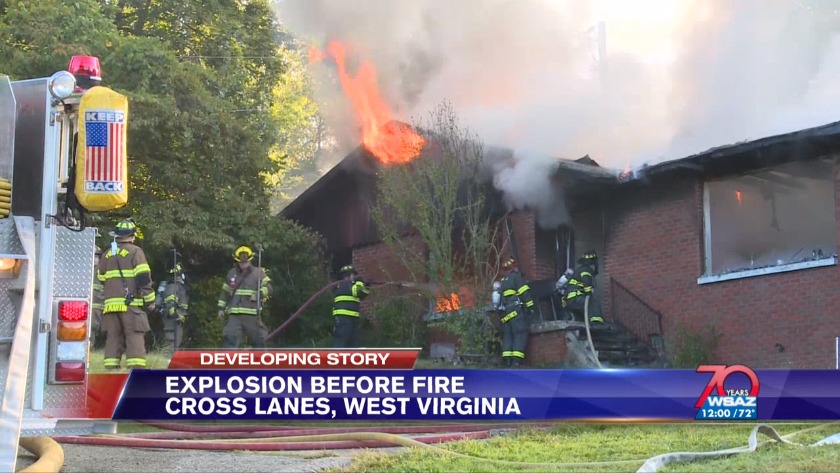 Explosion reported just before fire broke out at home

CROSS LANES, W.Va. (WSAZ) -- UPDATE 8/29/19 @ 5:54 p.m.
The Kanawha County Sheriff is investigating a house fire that neighbors said began with an explosion in the garage.

Explosion reported just before fire broke out at home

Firefighters arrived on the scene around 7:30 Thursday morning to the 600 block of Stewart Park in Cross Lanes.

Flames had completely engulfed the house and almost spread to the neighboring home. Firefighters were able to prevent it spreading, so only the fence and siding were damaged.

Pete Laton had lived in the house for about a year. He just got home from breakfast when the fire started.

Laton said a homeless person he was letting live in the garage came running out screaming there was a fire.

"I guess their air conditioner caught on fire," Laton said. "The garage is on fire, and you snap your finger and it went from there to here and this is what you see."

Laton was thankful for firefighters who prevented the house from completely burning to the ground. He is committed to staying in the house to help his family more forward.

"I got two kids that I got to worry about," Laton said. "I am thinking about popping a tent out back. It's private property, we are 100 yards from a bathroom. I know the rules."

Officials said no one was injured in the fire, and the cause is not known at this time.

The fire was reported at 7:34 Thursday morning in the 600 block of Stewart Park.

Folks nearby reported hearing an explosion just before the fire broke out.

No one was inside the home.

The house was destroyed. The siding and fence of a nearby home was damaged by the heat.

The West Virginia State Fire Marshal's office will determine the cause of the fire.

WSAZ has a crew at the scene.