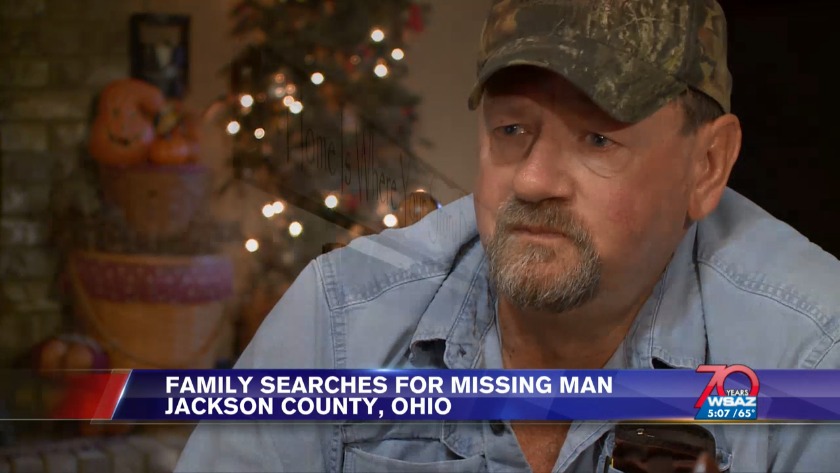 Dad says he will never stop looking for missing son 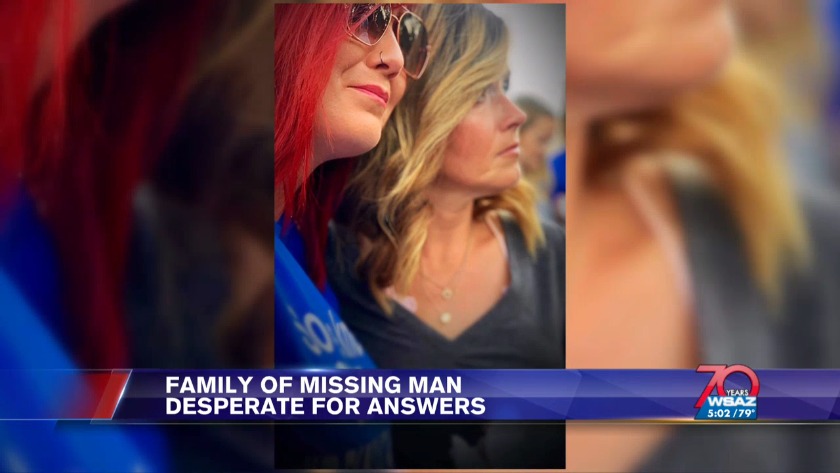 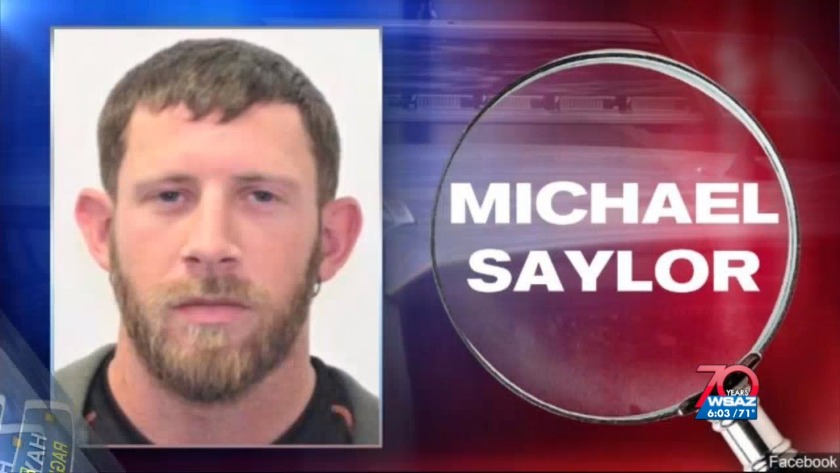 “It’s not the homecoming they have hoped for,” said Jackson County Sheriff Tedd Frazier of the Saylor family. “We have notified the family of Benjamin Michael Saylor that it was his remains that were found on Saturday, Jan. 11. Jackson County Coroner Dr. Alice Frazier notified the Sheriff of the confirmation Monday afternoon. The confirmation came from dental records submitted to the Montgomery County Coroner’s Office."

“The principal basis of the dental identification lies in the fact that no two oral cavities are alike and the teeth are unique to an individual,” Jackson County Coroner Dr. Alice Frazier explained.

Attorney General Dave Yost’s office is assisting in the investigation.

The Jackson County Sheriff’s Office received a call from a man stating that two kids discovered, what they believed, were human bones.

Saylor was last in contact with his family July 26 via text message.
Three days later, on his 30th birthday, Saylor was reported missing or endangered.

“We are continuing to investigate how Michael ended up where he was discovered, the cause of death and if any individuals may have contributed to his death,” said Sheriff Frazier. “We have been investigating the disappearance of Michael since July 29, 2019. We have put in hundreds of hours searching for Michael and interviewing individuals who were associated with him. We want to give this family as many answers as we can on the loss of their loved one.”

Due to the continuing investigation, no other information is being released at this time.

“I understand that the family and the community want answers, but we will not release any further information until the investigation is complete,” Sheriff Frazier said.

Michael Saylor, 30, went missing in late July, just days before his 30th birthday. His father, Art Saylor, says he last heard from his son on July 26 when he sent him a text message.

He says his son was last seen close to Route 35 in Jackson County, Ohio near the truck stop. He says that was his last known location.

Since then, no one has seen him or heard from him at all.

"Been hard, real hard," said Saylor's father. "Not just for me, but for the whole family. The not knowing, that's it."

His family says the hardest part is being in the dark about what has happened to him.

"I mean, you wake up and that's all you think about," said Saylor's father. "Until I find Michael, I've just got to find him."

The Jackson County Sheriff's Office has been looking into leads and information coming in to the office, however, it has not led to Saylor.

Saylor's family says they have also been driving around day in and day out looking for him, but so far, no luck.

In August, a $10,000 reward was offered for information that led authorities to Saylor. That reward has now increased to $25,000.

To receive the $25,000 reward, someone must take law enforcement to Saylor's physical location. "Michael has to be found to get the reward," said Sheriff Frazier. "This family deserves answers."

"I want people to know I will find him," said Saylor's father. "I don't care what I have to do or how long I have to look. I will find my son. I'll never give up until I do."

Saylor is also a father. His young son was supposed to visit around the time he went missing, according to his family.

"Somebody knows where Michael is and I want them to know we wont give up. There is no worse feeling. It's something no parent should ever have to go through."

Saylor's father says his son has several distinctive features including a tattoo on his forearm of a logging truck and a fishhook on the top of his hand. His father says fishing is one of his son's favorite past-times.

If anyone has any information about where Michael Saylor is, you are asked to call the Jackson County Sheriff's Office at 740-286-6464.

Michael Saylor, of Oak Hill, was reported missing on July 29, his 30th birthday. Deputies say he last communicated with his family on July 26.

"The Jackson County Sheriff's Office continues their exhaustive efforts to locate the whereabouts of Benjamin "Michael" Saylor," a press release states. "Authorities spent the last 70 days following numerous tips, however information has not led to the location of Michael Saylor."

In late August, a $10,000 reward was offered, thanks to donations at a candlelight vigil.

"Now, due to multiple generous donations within the community, the reward has been raised," said Jackson County Sheriff Tedd Frazier.

To receive the $25,000 reward, someone must take law enforcement to Saylor's physical location. "Michael has to be found to get the reward," said Sheriff Frazier. "This family deserves answers."

UPDATE 8/27/19 @ 6:30 p.m.
Jean Strickland loves visits from any of her 13 grandchildren, but lately she has been missing one a little more than usual.

"It’s just so heartbreaking not knowing where he's at, if he’s OK or what,” she said.

Her grandson Michael Saylor was reported missing on July 29, his 30th birthday.

She says Saylor’s mother last heard from him on July 24 when he said he was coming by to pick up a package, but he never showed.

"He texted her. He told her he loved her and good night. She never heard nothing else,” Strickland said.

Just days later on Friday, investigators say Saylor texted his dad to tell him his truck broke down.

"And that was the last we ever heard of him. Nothing since,” Strickland said.

Almost a month later, his family is desperate for answers. As the search for Saylor continues, they held a vigil for him on Saturday.

"If someone’s done something to him, please come forth and tell us where he's at. We have to get answers. We need closure,” she said.

Strickland says the ordeal has been nerve-wracking.

"They think they'd have a lead and they'd go check it out, and there wasn’t anything,” she said.

She remembers him as a hard-working and happy man who is always helpful and doesn’t think anyone would want to hurt him.

"No matter what grandma wanted, Michael was here and it just breaks my heart not knowing where he’s at,” Strickland said.

Saylor also has a 2-year-old son who lives in Boston. The boy's mother had planned to bring him to visit in August.

"And I don’t think Michael would have ever left knowing that she was bringing the baby here,” she said.

For now, she's pleading for an end to what has been a nightmare.

"Please come Michael, we all miss you. Just please come home,” she said.

A $10,000 reward is being offered for any information that leads authorities to Michael Saylor. The reward was made possible through generous donations from the bring Michael home candlelight vigil held on Saturday.

If you know where Saylor is or have information that could help investigators, you're asked to contact the Jackson County Sheriff's Office.

According to the Jackson County Sheriff's Office, Michael Saylor, 30, of Oak Hill, last communicated with his family in a text on Friday, July 26.

Investigators say they have received numerous tips and followed up on them, but none led deputies to Saylor.

Saylor lives on State Route 279 near Oak Hill, Ohio. He just turned 30 on July 29 -- the same day he was reported missing.

Deputies say Saylor has brown hair and blue eyes. He is about 5 feet 9 inches tall and weighs approximately 180 pounds.

Saylor was last known to have a beard. He also has several tattoos, including a logging truck on his right arm in honor of his late grandfather and a fish hook on the top of his hand.

"Michael has to be found to get the reward," Jackson County Sheriff Tedd Frazier said. "The reward was made possible through generous donations from the Bring Michael Home Candlelight Vigil on Saturday, Aug. 24."

If you know where Saylor is or have information that could help investigators, contact the Jackson County Sheriff's Office at 740-286-6464 and ask for Major Scott Conley or Investigator Rick Zinn.

ORIGINAL STORY 7/31/19
Deputies are searching for a man who was reported missing out of Jackson County, Ohio.

According to the Jackson County Sheriff's Office, Michael Saylor, 30, last communicated with his family Friday, July 26.

Investigators say Saylor texted his dad to tell him his truck broke down.

"Michael stated he would return to get his truck, but he was going swimming on Symmes Creek first," deputies stated in a press release.

However, family members found the truck and never heard from Saylor. After not being able to contact him for several days, the father reported his son missing on July 29.

Deputies say the family is very worried about Saylor's well-being. "Law enforcement is concerned for his safety" as well.

"Michael's family also says that he had been paid a sum of money from his work just prior to his disappearance," investigators added.

Saylor lives on State Route 279 near Oak Hill, Ohio. He just turned 30 on July 29 -- the same day he was reported missing.

Deputies describe him as having brown hair and blue eyes. He is 5'9" and about 180 pounds. Saylor was last known to have a beard. He also has several tattoos, including a logging truck on his right arm in honor of his late grandfather and a fish hook on the top of his hand.