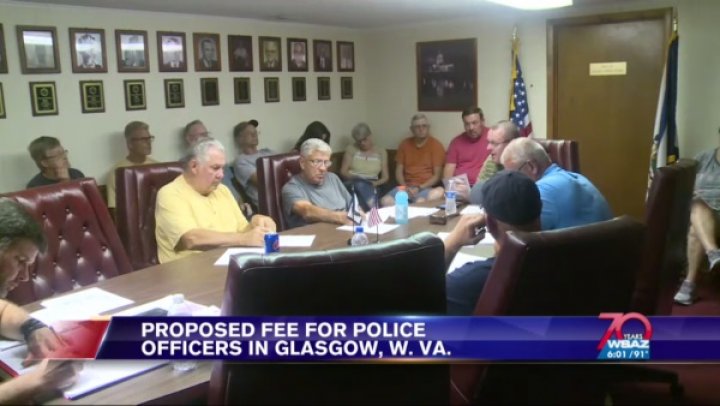 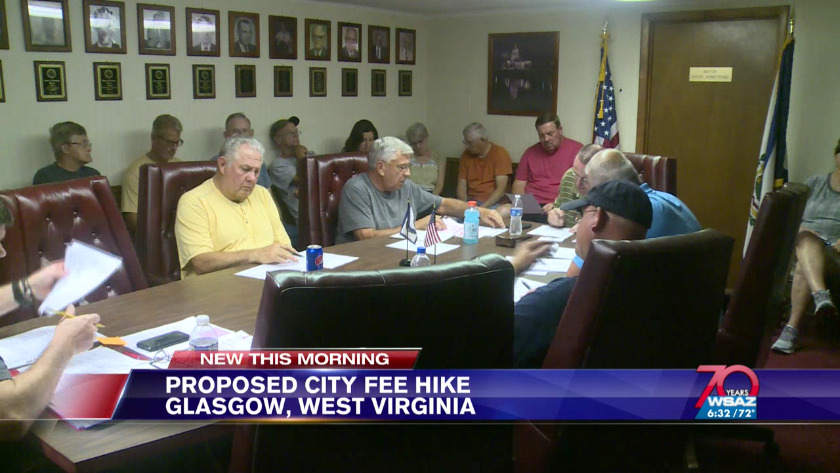 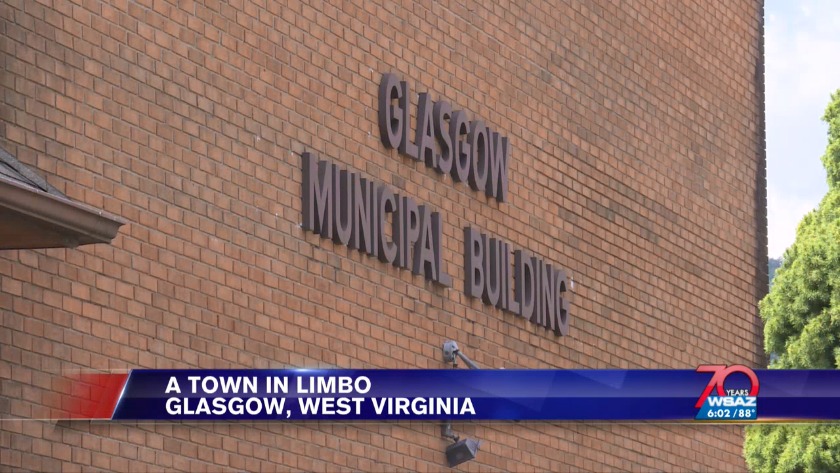 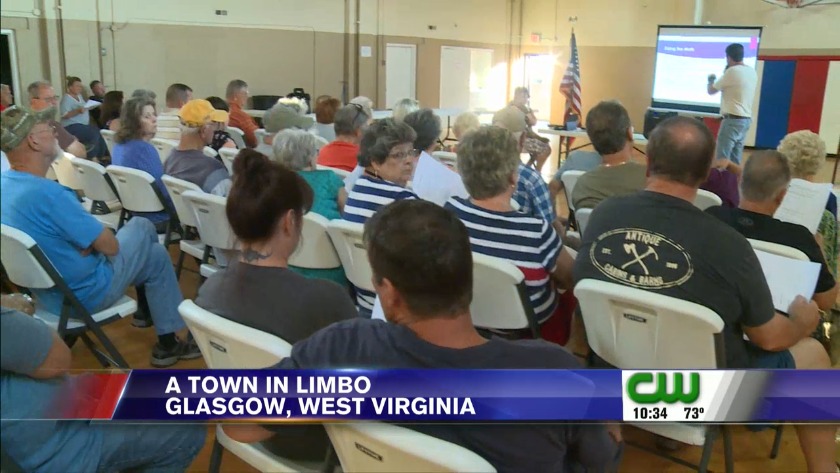 KANAWHA COUNTY, W.Va. (WSAZ) – UPDATE 8/20/19 @ 7:45 p.m.
Frankie Melara made the move from Charleston to Glasgow with his family two years ago and says it’s a great place to raise his three kids.

Glasgow Mayor Donald Fannin says police protection is a priority, and he wants the salary payments to be as transparent as possible.

"If I needed somebody and I knocked on their door, they would probably help,” he said.

Just like any other town it has its issues, but no active police force.

"A friend of mine's phone got stolen and he GPS’d it to over here, and it took them three hours to come, so being in town would be a whole lot more convenient,” Melara said.

That’s why he's in support of a proposed public safety fee that would allow the town to have two officers costing each household $10 a month per officer.

After months without police, this is something that Glasgow native Sherri Basford says is greatly needed.

"We've had a lot of stealing going on. People coming in and taking stuff from people late at night,” Basford said.

Mayor Donald Fannin says the first officer has been hired and he will start this week, saying there's no time to go through another reading of an ordinance by council.

"We can’t wait another month to read this, to read this, or if there’s any issues with this we're going to get a police officer in here get him started, get him working and then whenever we institute the fee we'll just pay our self back,” Fannin said.

But residents like Marvin Blankenship worry that $20 a month could put some people over the edge.

But is willing to work things out case by case.

The next council meeting is Sept. 5. Members will vote on the first reading of the additional fee that will pay for the officers.

Some of that is thanks in part to the construction work of the new Dollar General in the community.

We told you a few weeks ago that the community of Glasgow is considering raising fees for things like sewer, trash, police and water.

Fannin said they plan to go ahead and add a police officer before the fees are instituted, but in the end the town will have at least two officers. He says the officers will cost each household $10 a month per officer at a salary of $16 per hour.

The mayor says police protection is a priority, and he wants the salary payments to be as transparent as possible.

At the next council meeting, they will vote on a first reading of the additional fee that will pay for the officers.

They also plan to ask the community members how big of a police force they would like to see.

In the coming months, the town will address potentially raising other fees for things like water, sewer and garbage.

Fannin says they have to check in the with state Public Service Commission before any changes can be voted on or made.

He says that while he knows the fee increases are difficult the other option is for the town to become unincorporated, and that is something he wants to avoid.

The next meeting where public safety will be the main topic is set for 7 p.m. Sept. 5.

The town of Glasgow lost some financial stability when the AEP plant closed down. The town counted on the B&O taxes from the plant for more than 50 years.


UPDATE 8/2/19 @ 5:30 p.m.
Financial troubles have plagued the town of Glasgow, and city leaders are trying to turn things around.

City leaders got together Thursday to talk about a possible solution, which partly happened after a major loss in business and occupation taxes.

The town has counted on the B&O revenue from the AEP plant for more than 50 years, and now other factors are contributing to the deficit.

"We could use it for manpower for the street crew, equipment. We have a fire hydrant over here we need to fix, you know, we could just invest it back in the town, which is what would happen," Compton said.

Now, their options are stay incorporated or go unincorporated. Staying incorporated means a possible increase in utility rates. Residents currently pay around $71 per month. The new rates would total $110 per month.

Compton said she would be happy to pay the new fee if it meant saving the town and funding their only police officer, but she knows getting people to pay their bills has been a struggle.

"It's huge, and I know we have a lot of people here on Social Security or limited income," she said.

However, going unincorporated means losing things like snow removal, street lights and the possibility of a police department.

"I don't want it to be unincorporated. I don't think anybody really does," Compton said.

She said it is important people pay their utility bills if they want to stay incorporated, and any amount will help the city.

The town is on track to sell their water system to West Virginia American Water after several issues with infrastructure. City leaders hope that will bring in revenue, but a deal has not been reached.

Glasgow residents can voice their opinion about the possible changes, and even offer alternative solutions. The next town hall meeting is Sept. 15.


ORIGINAL STORY 8/1/19
With tough financial times in the town of Glasgow, town leaders are working on plans to help keep the eastern Kanawha County community afloat.

They got together Thursday night to talk about a possible solution, which partly happened after a major loss in business and occupation taxes.

The town has counted on that B&O revenue for more than 50 years, so that’s why city leaders are proposing raising town fees by about $30 a month.

Council members say the fees for water, sewer and garbage have been low for years. They are also hoping that the increased fees will help the city afford a police officer. City leaders say fees need to go up to help keep the community incorporated.

Town resident Mike McClure said water problems in the town are causing trouble at his home, and town leaders say they can't afford to fix it right now.

“Anytime that it rains constantly, and it ain’t gotta be powerful rains, then I got a foot and a half high geyser out of my sewer drain here that soaks my whole basement and my whole yard,” McClure said. “Flooding everything. My neighbor’s house is actually sinking into the ground."

The town will meet again in mid-September to vote on the fee proposal.