UPDATE | Fire damages building at Cabell-Wayne Association of the Blind 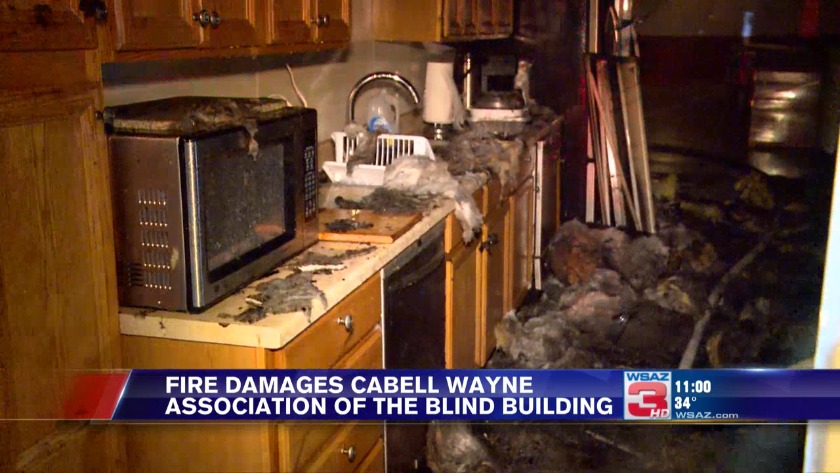 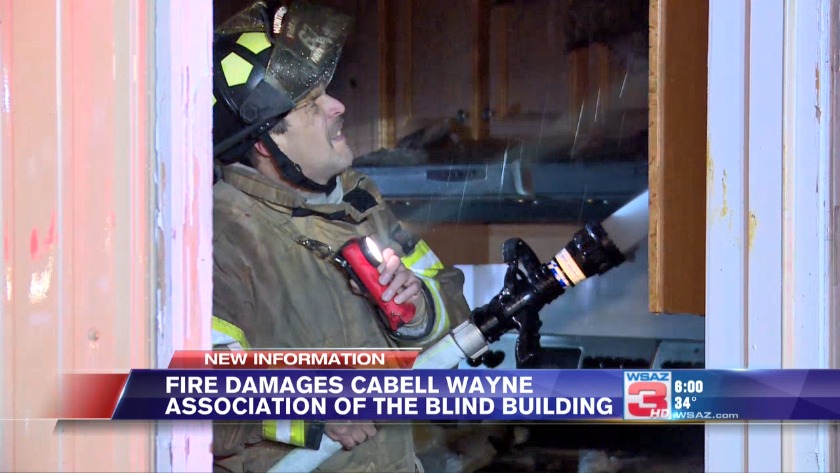 Fire damages building at Cabell-Wayne Association of the Blind

HUNTINGTON, W.Va. (WSAZ) -- UPDATE 1/17/20 @ 6 p.m.
A setting where people get together for dances and cookouts was close to being destroyed.

Fire late Thursday night damaged a building on the Cabell-Wayne Association of the Blind's property along Washington Avenue in Huntington.

A fire broke out late Thursday night in the ceiling of the activities building behind the main office of the Cabell-Wayne Association of the Blind in Huntington.

"It's where we do extracurricular things like parties and fundraisers," Toni Walls, the organization's executive director, said.

Walls says the fire marshal told her it looks like an electrical problem caused the fire.

Nobody was in the building when the fire was reported.

Walls says someone passing by saw smoke and called 911 around 11 p.m.

"It could've been a total loss," Zach Davis, a therapist assistant, said. "We're very thankful for the passerby who stopped and called it in."

Firefighters were able to put the fire out and keep it contained to one corner of the building.

"It would've been a huge blow," Walls said.

Walls says it's relieving this wasn't worse and that the fire happened when nobody was in danger of being hurt.

"We just had our Christmas dinner in there the first Saturday in December," Walls said. "Had we been in there with 80-plus people, we would've gotten them out. There are several exits, but you always think about the worst in times like this."

Walls says they're waiting for the insurance adjuster to come look at the damage, and it's not clear how long it'll be before repairs can be made and the building can be used again.

Walls says this is not affecting their day-to-day operations.

Reported just before 11 p.m., it happened in a separate building behind the agency's main facility.

Crews say the fire appears to have started above a kitchen.

They say they were able to mostly keep the fire contained to one corner of the building.

They say no one was in the building when they arrived at the scene.