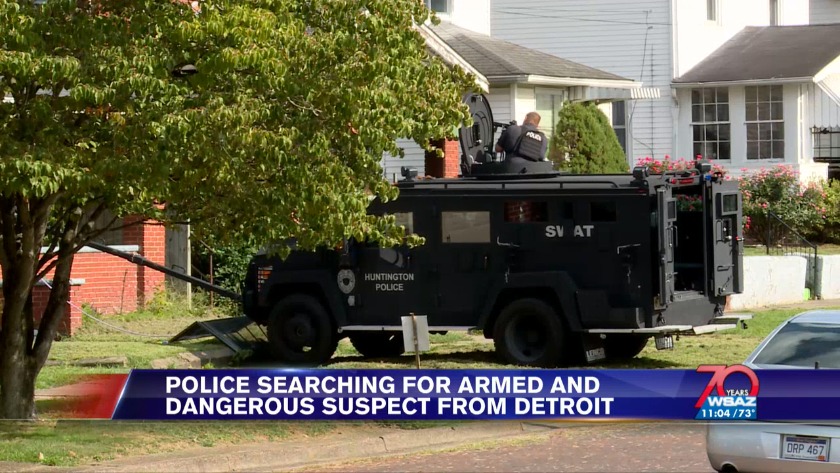 Huntington Police looking for 'armed and dangerous' suspect from Detroit 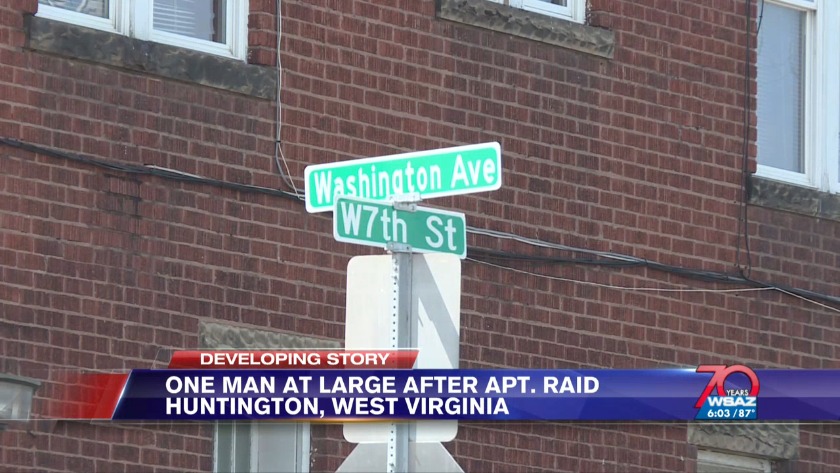 Officers say Rudolph Jackson is from Detroit and has connections with the drug trade in Akron.

Much to her surprise, Heather Rishel learned on the news Thursday afternoon that police were searching for Jackson, who she says lived across the street from her.

"He was always very polite, well-mannered, and respectful," she said.

She saw a SWAT team show up at his house on 22nd Street and 9th Avenue.

"I even noticed they were kind of using my car as a shield," Rishel said.

Rishel says she got her kids into the back of her home in case any shots were fired.

Huntington Police Capt. Rocky Johnson says they'd gotten information that Jackson might be in that house. He says the home was fortified, and they had to use a SWAT truck to pull down a steel door at the front of the home.

Police say Jackson wasn't there. They say they did find marijuana and guns.

Rishel just moved to the home across the street a couple months ago. She says Jackson came across as a warm, friendly neighbor and even paid her to mow his yard.

"I had no clue he was even in this profession," she said. "This is shocking to me."

Officers had been searching for Jackson since Thursday morning when they raided an apartment along Washington Avenue. They say they found drugs and ammo and arrested Martel Lee from Detroit, but say Jackson had taken off shortly before police got there.

Police say the home had "counter surveillance measures" to warn people inside when law enforcement was in the area.

"They had binoculars and things like that and were listening to what police activity was in the area," Johnson said. "It was pretty sophisticated."

Police say they found Jackson's car. They say he is considered armed and dangerous.

"This guy has been at it for a while," Johnson said.


ORIGINAL STORY
One man is facing drug charges, and another suspect is on the run after police raided a home in Huntington Thursday.

The Huntington Violent Crime Drug Task Force served a search warrant at an apartment in the 700 block of Washington Avenue.

Detectives found about 103 grams of meth, seven grams of a suspected heroin/fentanyl mix, 14 dosage units of suboxone, and distribution amounts of marijuana. Police also found "ammunition for various calibers of weapons, scales, a blender, cutting agent, and other paraphernalia used to weigh, process, and package drugs for sale."

Officers say the home had "counter surveillance measures" to warn people inside when law enforcement was in the area.

Police arrested Martel Lee, 21, of Detroit, at the apartment. He faces two counts of possession of drugs with the intent to deliver.

However, investigators are still looking for one suspect who left the home prior to them arriving to execute the search warrant. Rudolph Valentino Jackson, 41, of Detroit, is still wanted. Police say he should be considered armed and dangerous.

"He is to be considered armed and dangerous since a weapon was not recovered from the home but ammunition was found," a press release from the Huntington Police Department states.

Jackson has also been known to go by several aliases: Trip, Woo, and Rusty. Police say he is about 6 feet 11 inches tall and weighs around 250 pounds.

He is originally from Detroit, but investigators say Jackson also has strong ties to Akron, Ohio, and will possibly head that way. However, officers found Jackson's vehicle and believe he is still in the Huntington area on foot.

If you see Jackson, police say you should not approach him, but instead call 911 immediately.

"Detectives are in the early stages of the investigation and additional charges and more arrests are expected," the news release states.

Neighbor Michael Thomack, who lives in the same building the raid took place in, says the action woke him up.