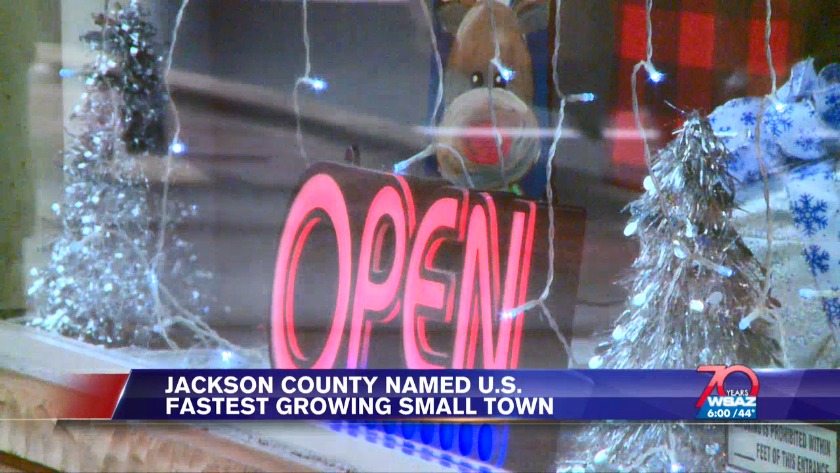 JACKSON COUNTY, W.Va. (WSAZ) -- Jackson County is the fastest growing small county in the country, according to the U.S. Department of Labor.

Jackson County, West Virginia, is the fastest growing small county in the country, according to the U.S. Department of Labor.

Construction jobs and small businesses are the reason. According to the publication, Jackson County is the fastest growing small county in the country based on numbers from 2018.

The county reported more than an 86 percent increase in gross domestic product, which is the total value of goods provided in the county. The report says the growth is credited to construction jobs.

Ravenswood Mayor Josh Miller said he has seen growth in the county, but he says Jackson is more than just construction jobs.

"The things that I'm proud about from the Ravenswood side of this is that we've had a lot of small businesses open up. Now we're still hopefully trying to get manufacturing," Miller said. "The energy industry and someone back on that Century Aluminum property. But, you know like I've said, I am very optimistic about the future."

Miller said improving things like broadband and infrastructure will also bring more people to the county. He added that diversifying towns like Ravensood and Ripley will help attract and keep people in the area.