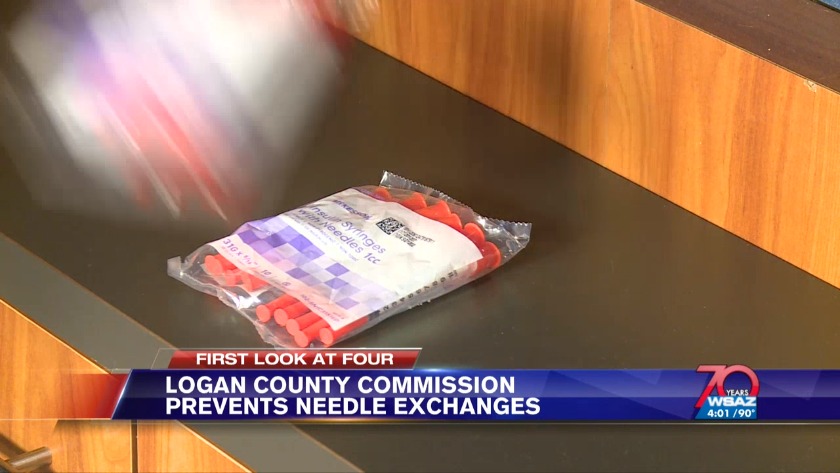 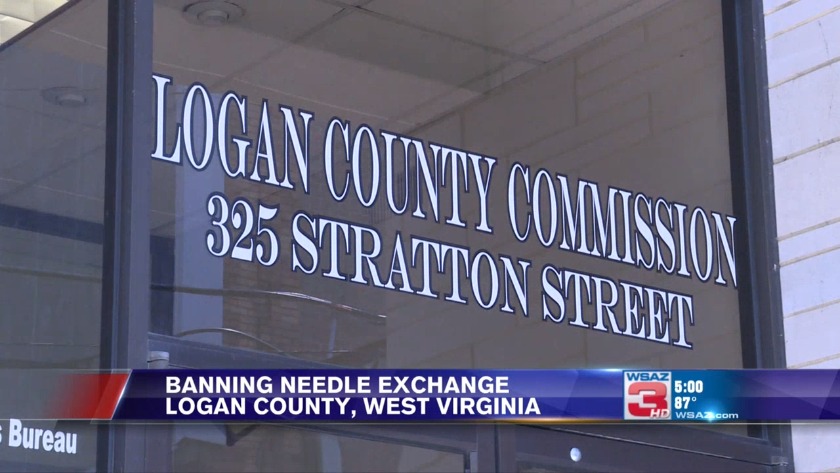 LOGAN COUNTY, W.Va. (WSAZ) -- UPDATE 7/9/19 @ 5:13 p.m.
The Logan County Commission has adopted a resolution to oppose the creation of any needle exchange programs in the county. The resolution says a program could pose health, safety and liability risks to the public.

Logan County Commissioners in West Virginia voted 2-1 to create an ordinance that would make a needle exchange program in the county illegal.

Passed by a 2-1 vote, the resolution states that ensuring the safety and well-being of Logan County residents in the Commission's top priority.

It comes after many public employees and residents have been pricked by needles. The Commission noted a sharp increase in discarded needles in Logan County.

The resolution says a needle exchange program would further endanger Logan communities and put the county in financial and legal liability.

No county funds or resources can be used to create a needle exchange program. The resolution does not prevent someone from presenting the commission with a proposal justifying the creation of a program in the future.


ORIGINAL STORY 5/22/19 @ 6:56 p.m.
Counties and cities across the state have considered ways to combat the opioid epidemic in their area. Some counties choose to implement programs like the needle exchange project, but other counties are striving to do the exact opposite.

Logan County Commissioners voted 2-1 to create an ordinance that would make a needle exchange program in the county illegal. The vote happened Monday at the commission meeting after a presentation by a member of the Logan County Sheriff's Department.

"The abundance of needles out there is going to project the problem and escalate it at a higher rate, and this is something we don't want to do," Commissioner Danny Godby said.

The lone vote was not a "no" vote, according to Godby. That commissioner simply abstained. Godby said he has not heard of any opposition to their ordinance, but many in the county oppose the needle exchange program.

"You're going to see a lot more laying on the playgrounds, in the streets, in the parks, and I am certainly opposed to it," Logan County resident Patricia said.

Patricia said she is happy to hear county officials agree with county residents and are working to make sure the program never comes to the area.

Logan County would be the first county in West Virginia to create this kind of ordinance. Other counties have already reached out to the sheriff's department, and county officials hoping to follow in their footsteps.

"We feel like Davy Crocket and Daniel Boone. We're going into untouched territory, but you know you have follow your heart in this situation," Godby said.

Godby said the ordinance will allow for amendments and can be revisited at a later date. For now, they are working to eliminate dirty needles any way they can.