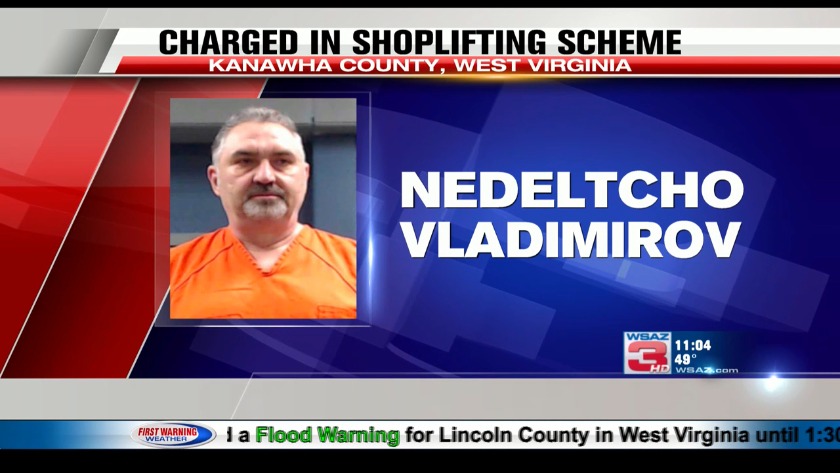 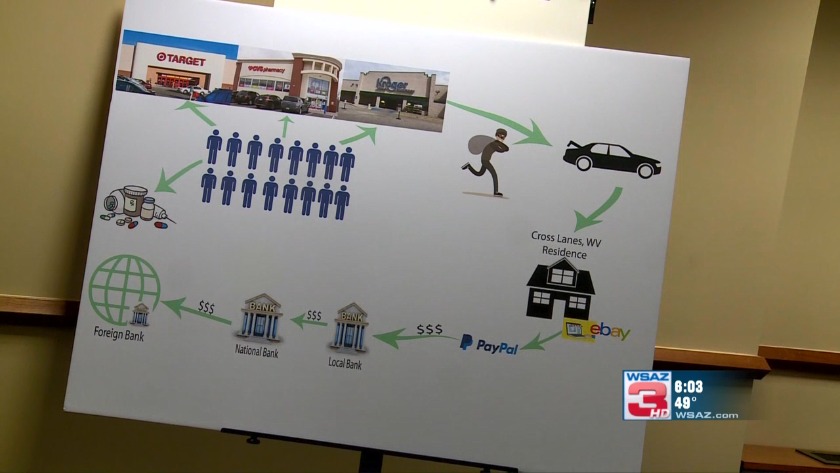 CHARLESTON, W.Va. (WSAZ) -- A man accused of running of a massive fraudulent fencing scheme for several years in Charleston, West Virginia, has been arrested, according to United States Attorney Mike Stuart.

Nedeltcho Vladimirov, of Cross Lanes, West Virginia has been charged with money laundering. A fencing operation is when stolen goods are acquired in order to later resell them for profit.

Stuart announced the arrested during a press conference Monday in Charleston.

Nedeltcho Vladimirov, of Cross Lanes, West Virginia, has been charged with money laundering.

Vladimirov, who is a native of Bulgaria, is accused of leading the illegal operation that stole nearly 4,000 items and nearly $400,000 in goods from retailers like Target, CVS and Kroger.

A fencing operation is when stolen goods are acquired in order to later resell them for profit.

In just a single year, officials believe Vladimirov received more than $200,000 from selling the stolen goods.

"Consumers pay a heavy toll for shoplifting schemes like this whether through higher prices for consumer goods or the loss of profitability and jobs by the retailers themselves," said United States Attorney Mike Stuart. "Additionally, one of the great tragedies in this scheme is that it fed the need for instant money by many shoplifters who were feeding their exhaustive search for drug cash. Schemes like this only serve to further and advance the crisis of addiction in our communities."

Officials say the investigation began after several shoplifters were taken into custody in South Charleston.

According to those criminal complaints, the shoplifters, known as boosters, were acting at the direction of Vladimirov.

Officials say he would purchase the items from the boosters with cash at a fraction of the retail value and then sell the stolen goods for profit online.

To get a grasp of the full scope of the illegal operation, official say they used surveillance and undercover operations.