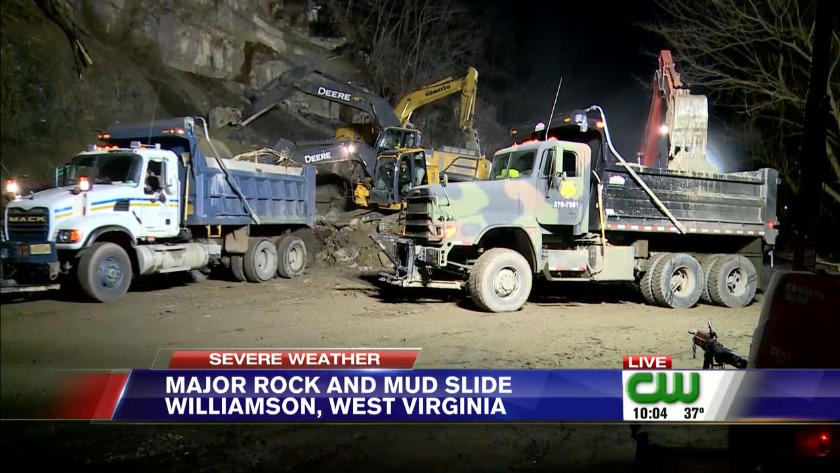 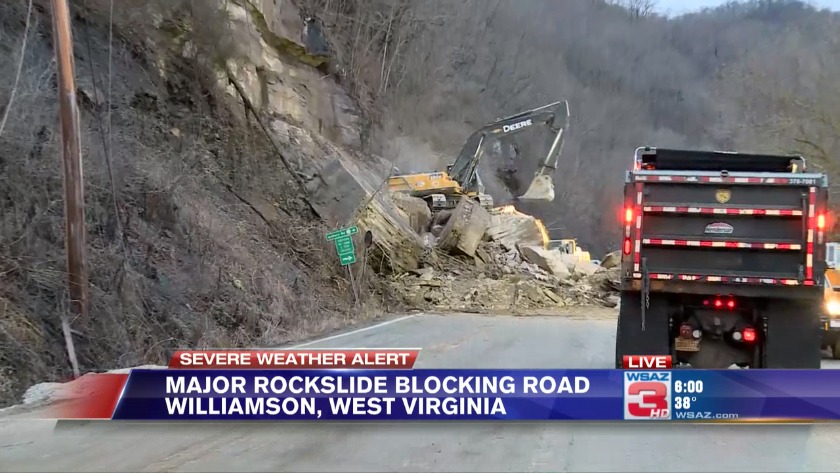 WILLIAMSON, W.Va. (WSAZ) -- Nearly a day after a major rockslide in Williamson, the cleanup remains underway and could take up to 72 hours to clear, West Virginia State Police at the scene say.

The slide, which involved massive boulders, happened on West Third Avenue in the Fairview community -- near the old Stewart's Drive-Inn. It was reported around 10:30 p.m. Wednesday.

An SUV was struck during the slide, but its occupants escaped serious injury.

Crews on scene say water lines have been repaired in that area. Workers with AEP, the state Division of Highways and West Virginia American Water are working to restore service and reopen the roadway.

On Wednesday night, dispatchers said all power lines were down in that area, and widespread outages were reported. Dispatchers also reported windstorms and rain throughout the county, as well as other power outages.