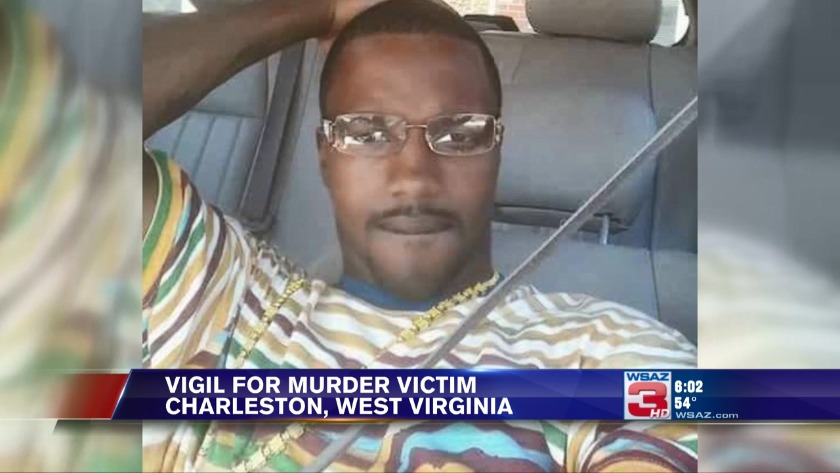 Suspect still on the run one year after Charleston man's murder

UPDATE 1/14/20 @ 11 p.m.
It's been exactly four years since Nate Chaney was murdered and four years that his family has gone without hearing his voice.

"I didn't get a call, I heard the (gun) shots," said Rayona Dickerson, Chaney's son's mother. "I lived here and I got up here and he was on the ground. All I could think was not him, not him, but it was really him."

Charleston Police say Chaney was shot in the head several times on January 14, 2016. It happened right outside his door at LittlePage Terrace Apartments, in broad daylight.

"It was just senseless and like I said, he didn't even look the same," Dickerson tells WSAZ. "And he shot him five times and now I'll never forget that."

Police say Dimitris Malone, 26, allegedly pulled the trigger that day. They named Malone the murder suspect within 24 hours of the shooting.

"Everybody knows who that person is, the police knows who he is," said Cynthia Chaney, Nate Chaney's mom. "We just need people to start stepping up and letting us know where he's at so we can get him back here, to get justice for my son."

Chaney's family says they won't rest until they get the justice they deserve.

"Find him, bring us justice, his son, bring him justice," said Dickerson. "Let us get our peace."

Police say it's believed the motive behind the shooting stemmed from a drug debt.

Malone is believed to be in his home state of New York but Police ask anyone with any information to call Charleston Police.

Dimitris Malone was supposed to appear Thursday morning in a Kanawha County courtroom.

Police say he is accused of shooting Nate Chaney multiple times in the head. Chaney died from his injuries.

It happened in January 2016. Police say the incident stemmed from a drug debt.

Malone was indicted on the charges. A warrant is out for his arrest.

Saturday at 12:15 p.m., an intimate group of family and friends gathered at the exact same time and place where the murder happened one year ago.

Nate Chaney left behind a son, who is now nine. The boy lives just outside of the place where his father lost his life.

Charleston Police detective Lt. Steve Cooper says there are two unsolved murders from 2016 in Charleston. He says Chaney's murder is the only case that they believe they have solved but have not been able to make an arrest and charge someone.

Police released last January that the motive was over a drug debt. Saturday, Lt. Cooper says that information has not changed.

Police named Dimitris Malone as the murder suspect within 24 hours of the shooting. At the time, police say he was living in Charleston, but they believe he returned to where he's from in New York, on the run.

"With all the cases we've had over the years everyone has been arrested, convicted and sent to prison, so it is frustrating that we have not located him yet," says Lt. Cooper. "His next interaction with law enforcement will be the interaction that causes his arrest, so we're looking forward to that."

Lt. Cooper says they are in communication with NYPD detectives, and there is a task force searching for Malone.

Meanwhile, Nate Chaney Sr., who has gone 365 days without his son and without an arrest being made in the case, says he will not rest until his son's killer is behind bars.

"The last year's been hell. It's been hell. I woke up this morning crying. I ain't hardly sleep last night," he told WSAZ Saturday. "I'm still here, because something has to happen. All this gun violence, all this shooting has to stop."

Family and friends also held a memorial held at 7 p.m. where Chaney was buried in South Charleston.

The shooting happened at 12:15 p.m. at the Littlepage Terrace Apartments in the 1700 block of Washington Street west.

Police say Nate Chaney, 22, was shot several times and at least once in the head. He was pronounced dead a short time later at a local hospital.

Friday, police announced the suspect in the case is Dimitrius Malone, 23. Malone is originally from New York, but is currently living in Charleston.

Malone has not been arrested.

Police say the shooting was related to a drug debt.

They say it is not connected to several other shootings that have happened in the past few weeks on the city's west side.

The shooting happened at 12:15 p.m. at the Littlepage Terrace Apartments in the 1700 block of Washington Street west.

Police say Nate Chaney, 22, was shot several times and at least once in the head. He was pronounced dead a short time later at a local hospital.

This is the 4th fatal shooting on Charleston's west side since December 27th. Police say they do not believe this is connected to any of the violence between two groups on the west side.

However, they do believe it is drug related.

Police say while drugs have caused plenty of problems, this kind of violence in the daytime is rare.

"Anytime there's a shooting in the middle of the day it's more sensational," Cooper said. "There's more risk or collateral damage or innocent people being harmed. Fortunately in this case no one else was. And we hope to bring this case to a quick resolution."

Police say a large crowd showed up at CAMC General right after the shooting. Police say they believed those people were family and friends of family of Chaney, hoping to check on his condition.

No word if police have any suspects at this time.

The shooting was reported at 12:15 p.m. at the Littlepage Terrace Apartments in the 1700 block of Washington Street west.

A large crowd of the victim's family and friends showed up at CAMC General after the shooting. That's where the victim was later pronounced dead.

No other details have been released.

This is the fourth shooting where someone has died in recent weeks on Charleston's west side.

Charleston Police tell WSAZ a man has been shot at Littlepage Terrace Apartments on Washington Street.

Detectives say the man was shot in the head, but no word on his condition.

No other details are being released at this time.

We have a crew at the scene.