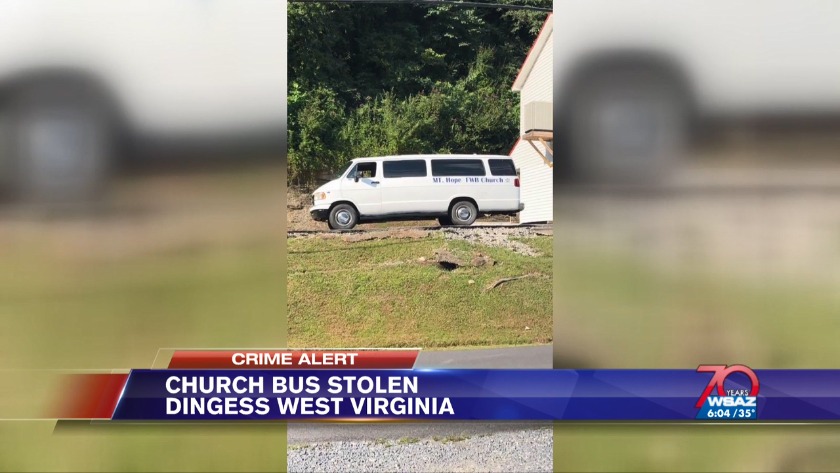 DINGESS, W.Va. (WSAZ) -- A church bus was found burned Wednesday evening after it was stolen earlier in the day from a driveway in Mingo County, church members say.

A church bus was found burned Wednesday evening after it was stolen earlier in the day from a driveway in Mingo County, West Virginia.

The Mount Hope Church in Dingess started growing their youth group after that bus was donated to them in June.

Payton Wilson drives the Mount Hope Church bus, and she makes sure everyone who wants to attend Monday night youth group services is picked up.

Once the kids are there, the church holds a youth group service and feeds the kids a hot meal before they head home. The bus holds 13 people so Payton and other volunteers will make multiple trips in order to get everyone there.

She was planning to take the youth group up and down the road to go Christmas caroling Monday night, but without the bus that could be in jeopardy.

"Halloween, we had an Are You Following Jesus party," Payton said. "We had 52 kids there that night and maybe two or three parents that had brought them, so we were doing multiple trips and bringing in multiple kids. It was amazing."

Even though the bus is gone, it is not dampening her spirits. But without the bus, many wanting to come may not be able to. The church says they just want the bus back, but they also know this is something they can get through with a little help.