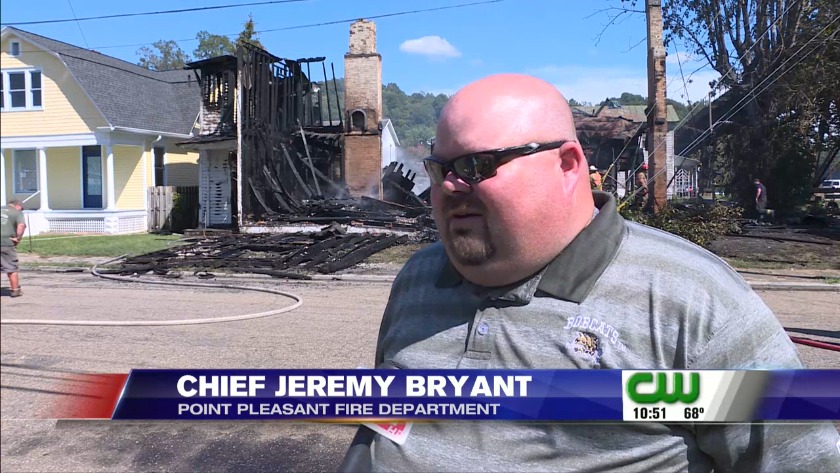 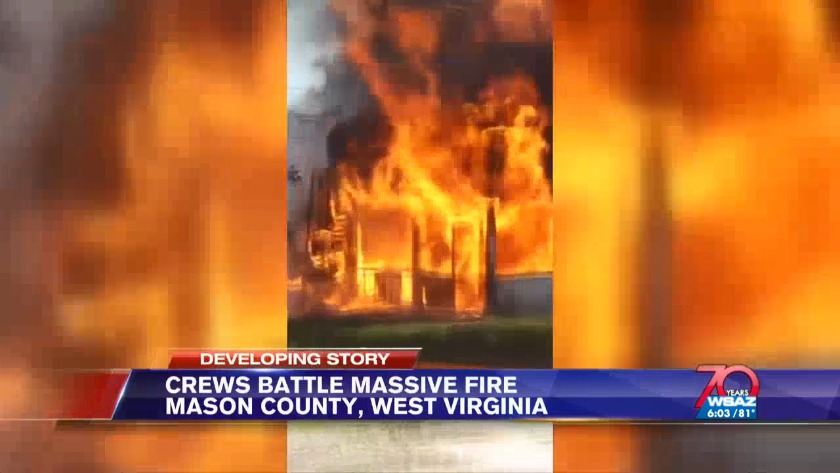 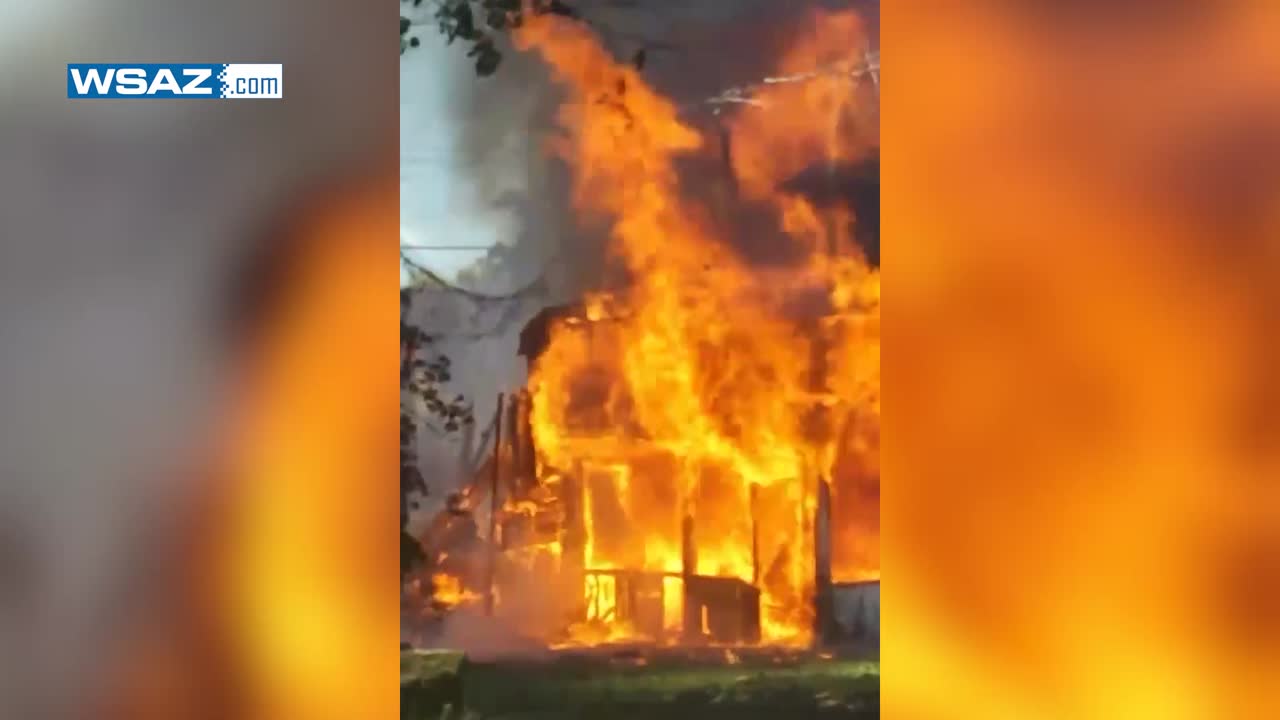 The fire broke out just before 1:15 p.m. Thursday afternoon on the 700 block of Main Street, according to Point Pleasant Fire Department Chief Jeremy Bryant.

"To be honest, for volunteer fire departments man power is tough during day shift so today, I did an all-call for the county," said Chief Jeremy Bryant.

They say the structure was fully engulfed when they had arrived on scene within minutes.

"The fire was very intense at the beginning and very, very hot so of course that was our big concern, to keep the surrounding structures cool and to put the fire out," said Bryant.

"I was here within five minutes from when the fire was just noticed and it was already engulfed in flames, they were shooting up so high and fast," said neighboring homeowner, Jerrie Howard.

Crews remained on scene after the fire was out to put out any remaining hot spots.

"I'm just glad it happened during the day because, if it happened at night and no one saw it, it would've taken out the whole block," said Howard.

Firefighters managed to save neighboring homes from fire and heat damage.

No one was hurt as a result of the fire.

The cause is unknown at this time.