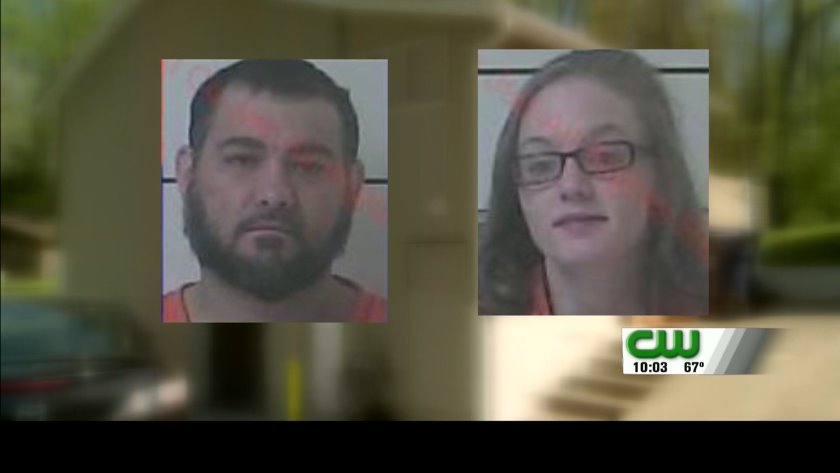 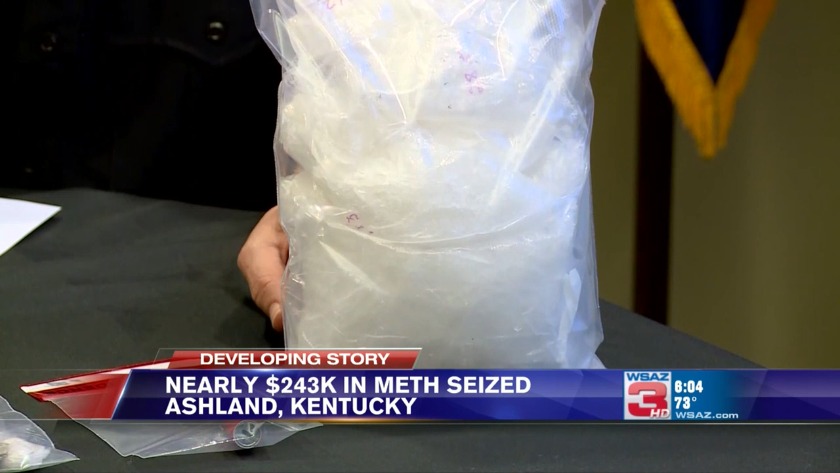 Fry reported the dog attack to police, and around midnight an officer showed up at the neighbor's house on Gallaher Drive in Ashland.

Police say they checked the name of the man who lives in the house and learned there was already an outstanding traffic warrant for his arrest.

Ashland Police Chief Todd Kelley says when the officer told the man he was under arrest, the man assaulted him.

Kelley says more officers went to the house and found $243,000 worth of meth in the home, along with a small amount of marijuana, $4,300 in cash and drug paraphernalia.

"This is an individual who is not only making money for themselves, but making someone else rich," Kelley said during a press conference Monday afternoon.

Franklin Certain and Rikki Wurts were arrested and are facing several charges, including 1st degree trafficking in controlled substance.

"To get this significant of an amount off the street and get it in our hands and out of the individuals that are using this to poison our community, this is fantastic," Kelley said.

Fry says her neighbors had only lived there a few months, and she didn't have any suspicions about illegal activity. She says she was shocked when her complaint about their dogs led to what Ashland police call one of the biggest meth busts they've ever made.

Fry says the cat that was attacked had to be put down Monday morning. She says it was a neighbor's cat, but the cat spent a lot of time at her house.

The suspects were taken to the Boyd County Detention Center.


ORIGINAL STORY
Two people were arrested Monday in a drug bust that turned up nearly $243,000 worth of crystal methamphetamine, Ashland Police say.

Officers say it happened when officers responded just after midnight to an animal complaint along Gallaher Drive. A woman said a pit bull was attacking her cat.

A man resisted arrest after officers spotted drugs near the front of the home. Investigators found 2.68 pounds of crystal meth, a small amount of marijuana, a naloxone tablet, $4,300 in cash, scales and baggies.

An Ashland Police officers suffered abrasions during the assault.

Rikki Dawn Wurts, 23, of Ashland, is charged with being a fugitive from justice (Ohio), first-degree trafficking in controlled substances, and possession of marijuana.

During the investigation, officers also seized a Cadillac Escalade. They say more charges are expected.

Officers called it one of the biggest meth busts in Ashland's history. The neighbor who reported the attack on her cat said the suspects have only lived in the neighborhood for about three months.

Both suspects were taken to the Boyd County Detention Center.

Person hit and killed by vehicle in Kanawha County

Person hit and killed by vehicle in Kanawha County