UPDATE | Man sentenced for manslaughter in overdose death of inmate 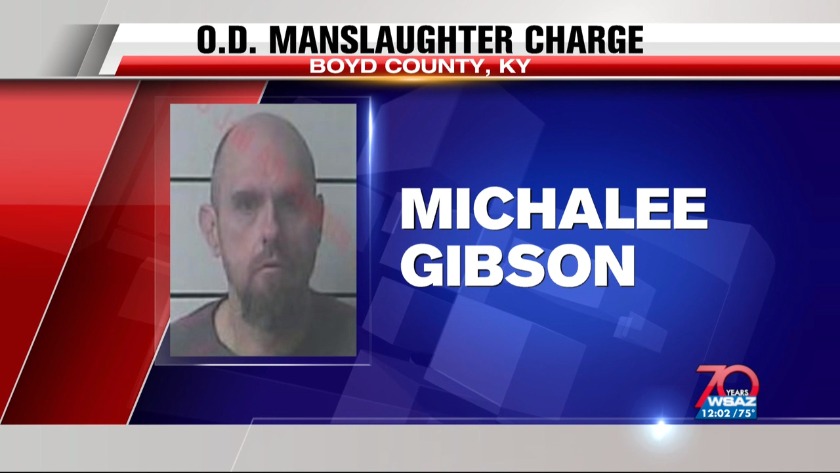 Man sentenced for manslaughter in overdose death of inmate 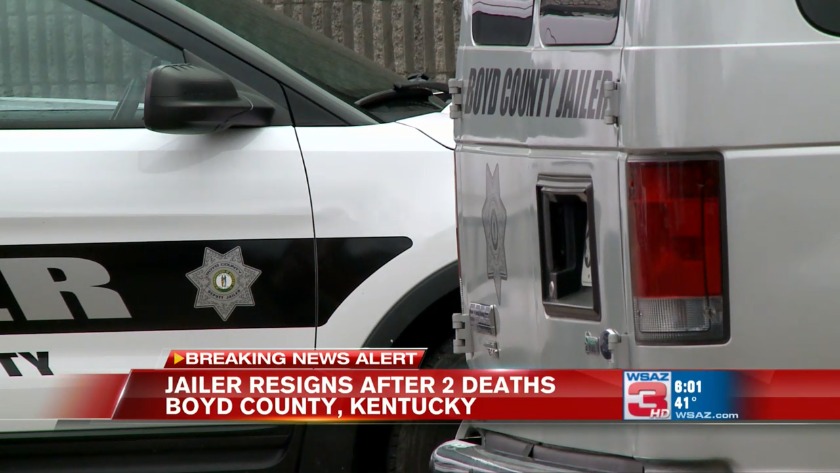 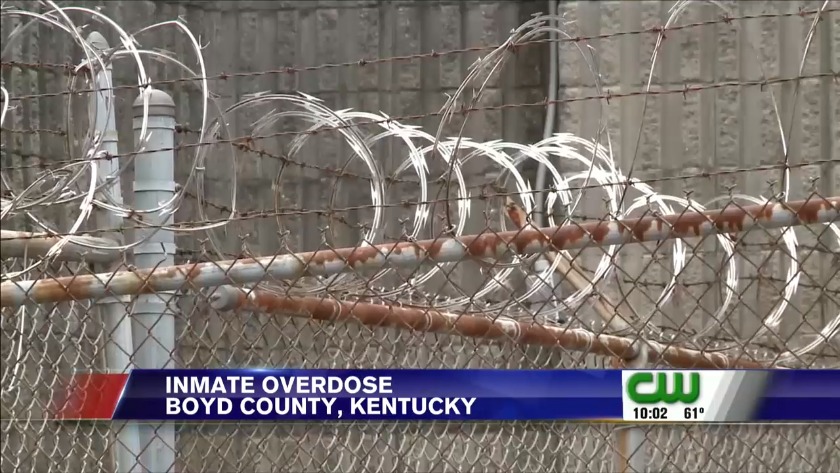 Michalee Gibson, 44, of Ashland, Kentucky was sentenced Monday to seven years for manslaughter and trafficking heroin. Gibson was revoked in other cases and given eight years for those charges.

In December, the Boyd County coroner says Charles Shawn Finley, 36, of Ashland overdosed on what is believed to be fentanyl. Kentucky State Police say he was found unresponsive in his cell by other inmates.

Later in the month, Gibson was charged for bringing in the drugs that caused Finley's death, and another inmate to overdose.

Gibson was booked into the jail the day before Finley died.


UPDATE 12/21/18 @ 2:45 p.m.
A fellow inmate at the Boyd County Detention Center has been indicted in the overdose death of another inmate there earlier this month, according to indictments from the grand jury.

Michalee Gibson, 44, of Ashland, Kentucky, is charged with manslaughter, trafficking heroin and fentanyl, and promoting contraband.

Gibson was an inmate at the time of Charles Finley's overdose death on Dec. 2.

Gibson was booked into the jail the day before Finley died.


UPDATE 12/2/18 @ 6:15 p.m.
The embattled leader of the Boyd County Jail has resigned. Joe Burchett tendered his resignation late Monday afternoon, a move coming less than one business day after two inmates died within about 60 hours of each other. Click here to see that story.

Even with the transition, relatives of current inmates fear their loved ones won't walk out the front door; they'll be carried out.

Those events prompting an even longer day of waiting for Kaitlyn Cifaldi.

If jail isn't bad enough, those deaths happened just days apart at the place her mother is now.

"That's scary. To think people coming here on different small charges and sometimes don't walk out the door," she said. "I understand they're supposed to pay for what they did wrong. They broke the law, and I understand that, but they're bringing them into a place where you're saying you're going to make right what you did wrong, it shouldn't result in death."

Her mother was arrested Sunday night on traffic violations and is a diabetic.

Kaitlyn said she looked like she had high blood sugar at her court appearance Monday morning.

Martin Mayhone comes to the jail about once a week to drop money off for his son so that he can call and check in.

"I’m scared for him," he said. "It's more dangerous in there than it is out here. They're supposed to be safe in there."

When he heard an inmate died here Thursday, he worried it was his son. He scoured the news looking for an update until Moore's name was released.

"Sadness and relief,” Mayhone said. “Sadness for his family and for him, but relief that it wasn't my son."

It was the same story with the death of Finlay Sunday morning.

We walked in looking for answers but were told Jailer Joe Burchett was not in and the lieutenants were in a meeting.

Hours later, Burchett had resigned and Jailer-Elect Bill Hensley was appointed as interim.

But Kaitlyn still has doubts.

"Even with new leadership, the people below you and the entire system have to mold and change with that."

But Mayhone has more optimism.

"I hope. I hope for the people in there and their loved ones, I hope it changes before someone else dies," he said.

Authorities believe the death of Finlay was due to an overdose on fentanyl, which was brought in by another inmate.

They also believe the death of Moore on Thursday is not an overdose, but are not saying anything more.


ORIGINAL STORY 12/2/18
One inmate is dead after multiple overdoses at the Boyd County Detention Center. Several other inmates were also treated for overdose.

The Boyd County coroner says Charles Shawn Finley, 36, of Ashland overdosed on what is believed to be fentanyl. Kentucky State Police say he was found unresponsive in his cell by other inmates.

Troopers say life-saving measures were attempted by the detention center staff. Finley was transported to the hospital where he was pronounced dead.

One other inmate was also transported to the hospital.

Details of how the drugs got into the facility are not available yet.

This is a developing story. Keep checking WSAZ.com for updates.