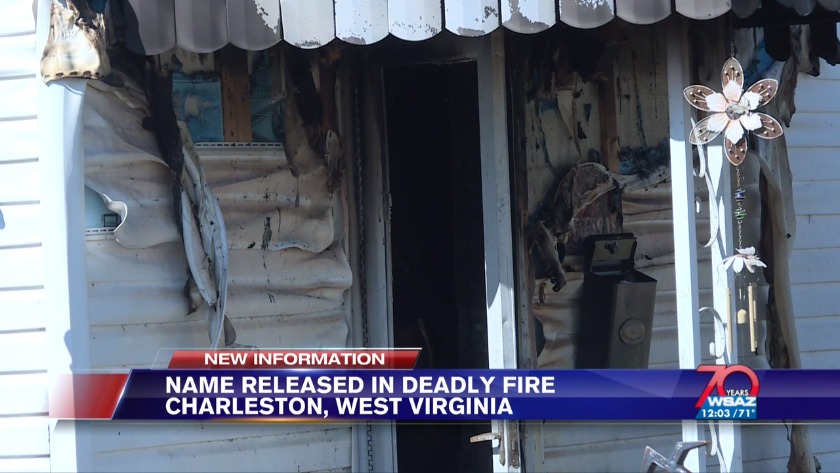 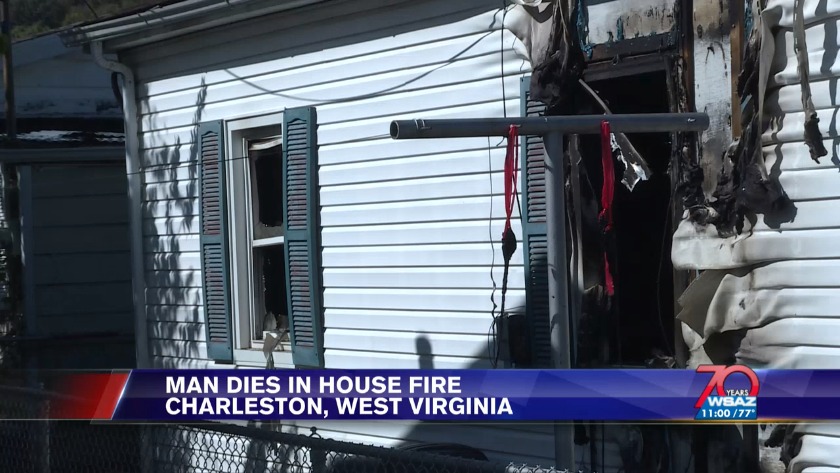 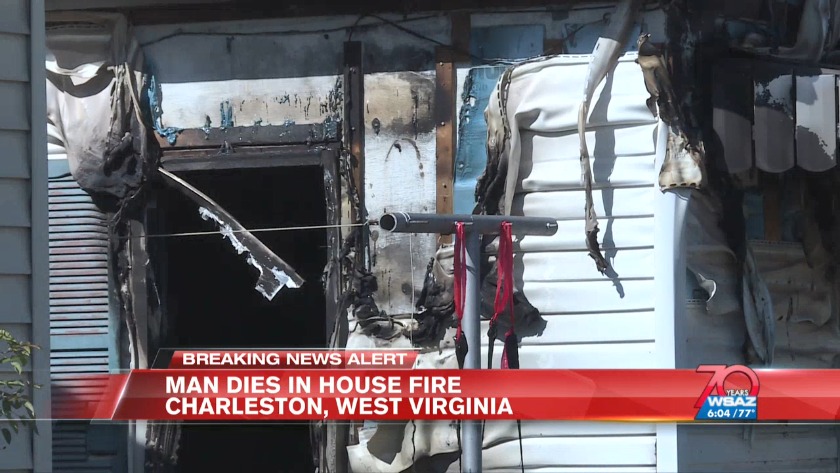 A man is dead after a house fire in Charleston Thursday afternoon. (Source: WSAZ)

Investigators are working to determine the cause of the fire, but say it does not appear to be suspicious.

They also say the home did not have any working smoke detectors.

About 1 p.m. Thursday, the Charleston Fire Department responded to the scene and got the man out, transporting him to the hospital. Investigators later confirmed the victim had died.

According to several neighbors, the crew at the Appalachian Tire Products building down the road saw the smoke and ran toward the building with fire extinguishers to try and put the fire out.

Dave Morton, who was painting a house less than 30 yards away from the fire, smelled smoke and felt the heat and knew he had to find safety.

“Well when I felt the heat,” Morton said, “my first thought was let's get out of here, and I'm in between two houses that could possibly catch on fire, so I got out from between the houses and then saw that the Charleston Fire Department had it under control pretty quickly.”

He also says there is a learning opportunity in this.

“October is fire prevention month,” Morton said. “We need to be more aware and make sure our smoke detectors are working, batteries are in the smoke detectors and everything's working. They can save your life”

Another neighbor, Douglas Poston, described how he found out about the fire.

“I was in my bedroom,” Poston said. “When I got up, that’s when I first saw the commotion out there. They just recently put the fire out. You could still see the smoke coming. Then looking out the doors, I saw the fire trucks, police department everything else here and I was like, wow. Then I opened the door and looked outside and noticed my neighbor.”

The victim's name hasn't been released yet.

Crews are at the scene of the deadly fire in the 3100 block of 4th Avenue.

The fire was reported just after 1 p.m. Thursday.

Investigators say the victim is middle age. It is the second fatal fire in Charleston this week.


ORIGINAL STORY 10/10/19
One person was taken to the hospital after a fire in Kanawha County Thursday afternoon.

Metro 911 dispatchers say at least one person was believed to be inside the home when it caught on fire.

The fire was reported just after 1 p.m. Thursday.

There's no word yet on injuries.

We have a crew heading to the scene.