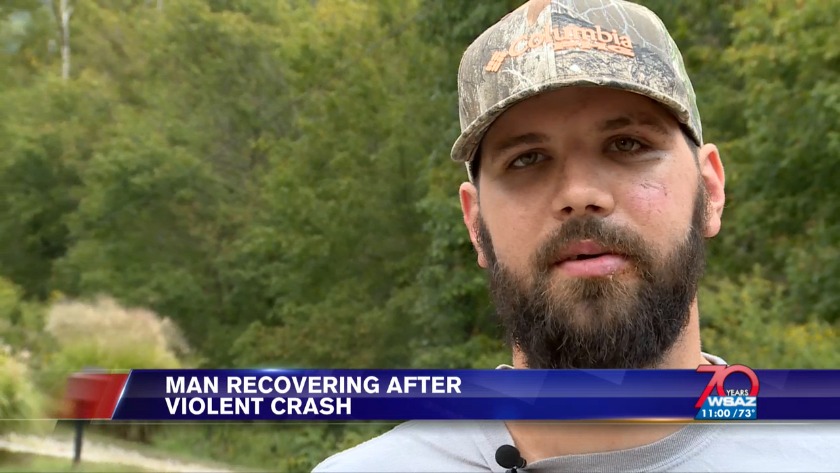 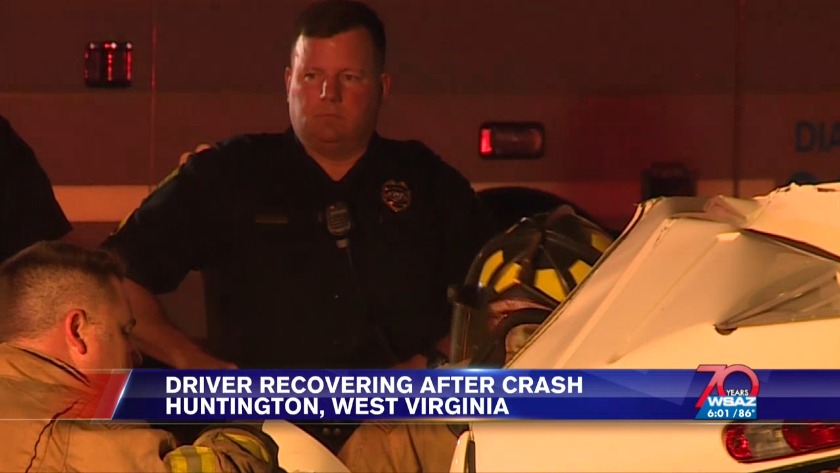 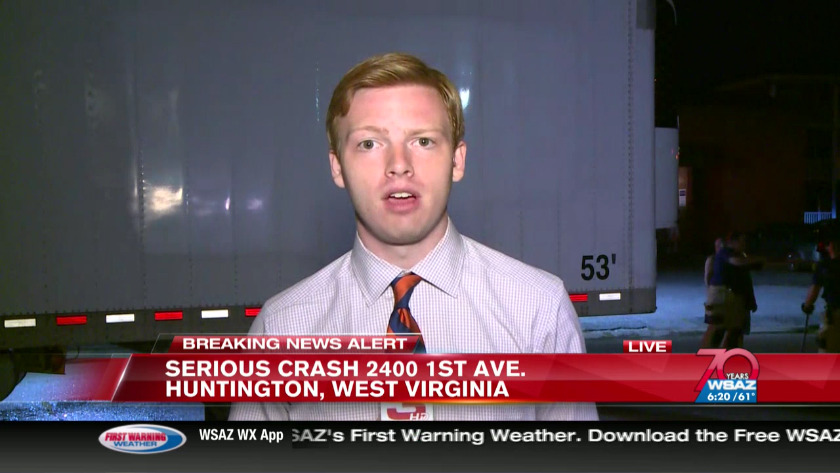 Accident in Huntington; one person taken to the hospital

Josh Hay was on his way to work the morning of Aug. 30 when he fell asleep and drove up under the trailer of a parked semi in Huntington.

"I can vaguely remember hollering for help," Hay said.

On the morning of Aug. 30, Hay was on his way to his job. He was just a block and a half away from his workplace on 1st Avenue in Huntington when he says he fell asleep.

"I'd been working 10 hour days and coming here and working on remodeling," Hay said.

His truck ended up pinned underneath a parked semi trailer.

"Had my seat not broken, it would've probably decapitated me," Hay said.

After seeing the pictures of how bad the crash was, Hay says it's a miracle he survived.

"It was a miracle he made it through that accident," his father Michael Hay said. "God had his hand on him for sure."

Hay had been remodeling his grandpa's old house in Kenova he'd bought last year and was about to do the roof.

After learning how badly he'd been hurt, a group of friends and neighbors decided they'd do it for him.

"Josh didn't have a roof on his house at all," Hay's neighbor Danny Walker said. "He only had plywood. We knew that needed to be done. We knew it would help the family."

"I hadn't had a lot of help with this, but when I needed it most, I had friends band together to come out and help," Hay said.

Hay says he's got the green light to go back to work starting Monday.

He also says he plans to reach out and thank the first responders who helped him after the crash.


UPDATE 8/30/19 @ 6:40 a.m.
The man who was inside the pickup truck that went underneath a parked semi trailer is in critical condition.

Fire Chief Jan Rader told WSAZ that every equipment available to the fire department was used in getting the man out of the truck.

Once the trailer was stabilized, a fire truck was used to pull the truck from underneath the trailer.

The jaws of life was used to get the man out of the truck.

A neighbor who had come out to smoke a cigarette first noticed the crash scene and called Cabell County 911.


UPDATE 8/30/19 @ 6 a.m.
The person who was trapped in a pickup truck that crashed into a parked semi trailer is now being treated at the hospital.

Firefighters had to cut the person out of the vehicle.

The person's name and condition aren't yet being released, although first responders on scene told WSAZ the injuries are serious.

ORIGINAL STORY 8/30/19
First responders are on the scene of a crash on 1st Avenue near 24th Street.

According to Huntington Police, a pickup truck has gone underneath the trailer of a semi.

The trailer is detached from the semi and parked on 1st Avenue.

Firefighters are working to get a person out of the pickup.