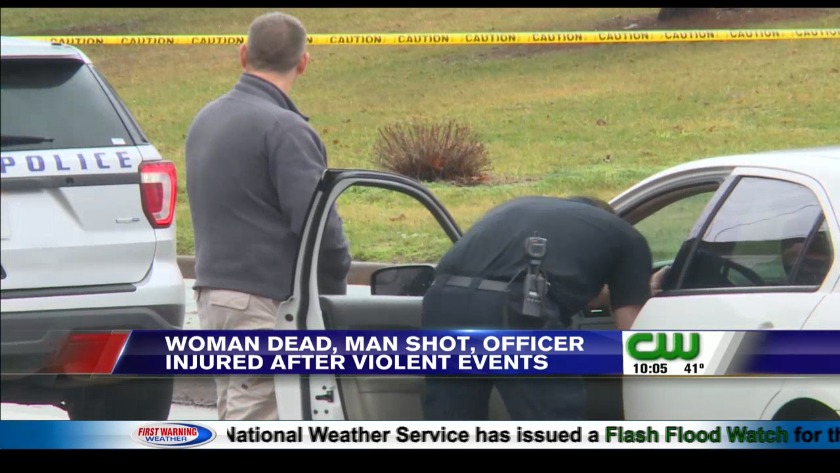 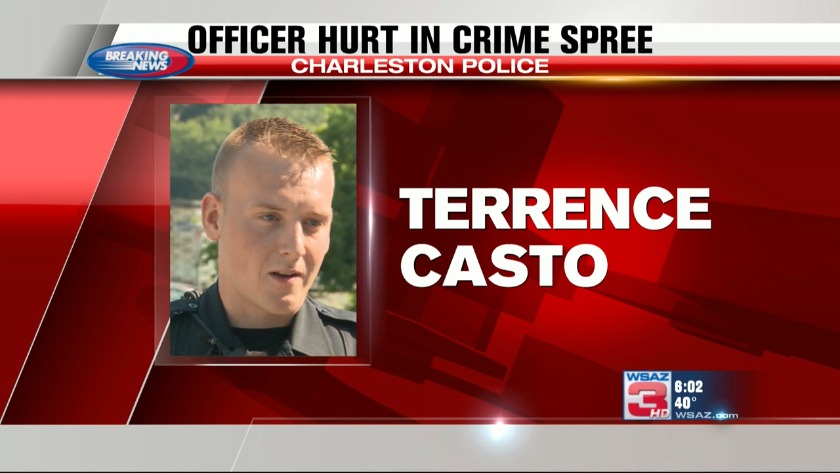 CHARLESTON, W.Va. (WSAZ) -- All in the matter of a few short hours Tuesday and a few miles apart, a murder, carjacking and officer-involved shooting all took place on Charleston's West Side.

All in the matter of a few short hours Tuesday and a few miles apart, a murder, carjacking and officer-involved shooting all took place on Charleston's West Side.

"The public does not need to be in alarm. There is no further threat to the public at this time," Charleston Police Chief Tyke Hunt said.

Hunt says the homicide was the first incident that initially ignited the string of events. Police say an elderly woman was killed inside a home on Georgia Street Tuesday morning.

Then after that, a carjacking took place at the Walgreens parking lot on Washington Street West. After stealing the car, the suspect drove off but eventually crashed just a few short miles away at Lee Street and Tennessee Avenue where he attempted to carjack another vehicle. He was unsuccessful and started to take off running.

Eventually, Officer Terrence Casto pulled up to the scene.

"The individual immediately went to the officer; he just barely got out of the car before he was attacked," Kanawha County Sheriff Mike Rutherford said.

Rutherford says Patrolman Casto went backward away from the suspect to try to get some space. He pulled out his collapsible baton during the almost immediate altercation, but it was lost. The suspect hit the officer in the head with an antique flat iron and eventually the officer fired back with two gunshots.

"(The flat iron) is very heavy, it has very pointed edges on it and the officer's extremely lucky that it wasn't worse then what it was," Rutherford said.

Hunt also says that firefighters and a passerby witnessed almost everything and sprang into action to help Patrolman Casto.

"While Officer Casto was in the midst of this struggle with the suspect, Charleston firefighters unarmed, no body armor (were) right there by his side," Hunt said.

"(The civilian) was also a hero in this because, you don't have many citizens who would actually go out and try to help an officer when he's being attacked," Rutherford told WSAZ. "And we deeply appreciate that."

They are not releasing the suspect's name until they have accurately identified him.

Hunt says he will be working closely with Rutherford to make sure the proper charges are filed, including first-degree murder.

As for the murder at this time, there's no word on a motive, the victim's name or how she was murdered.