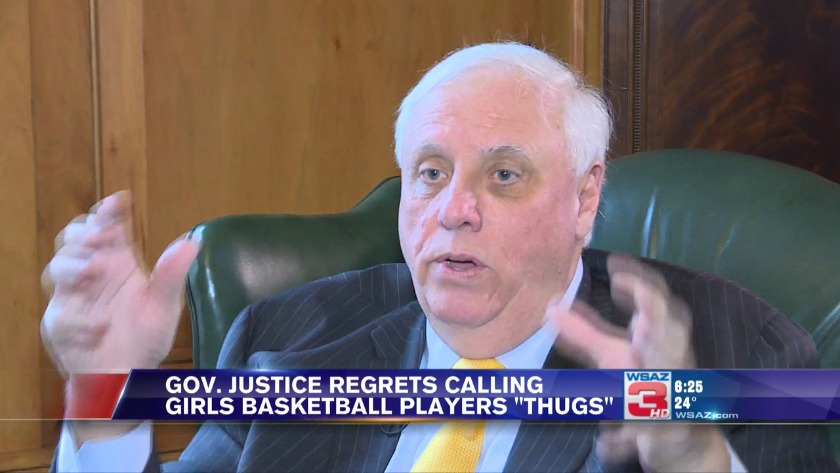 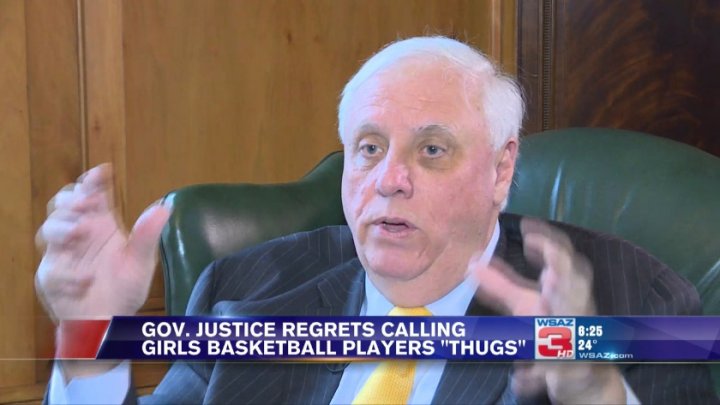 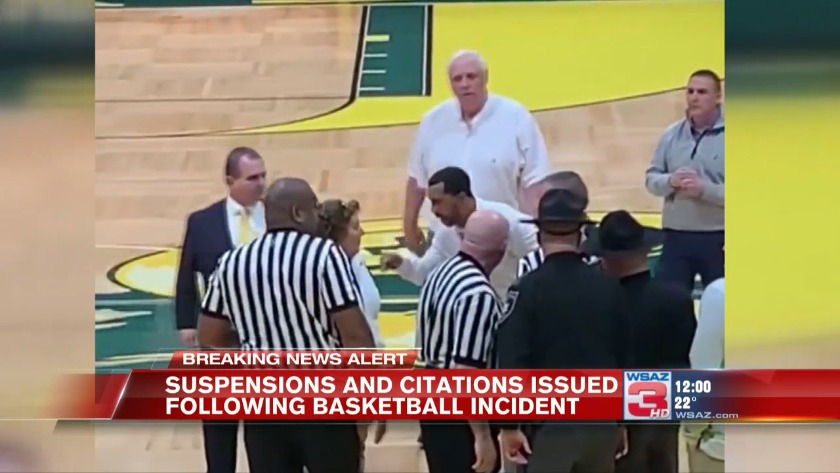 The comments Justice made to a Register-Herald reporter sparked outcry over the racial undertones behind the term. During an interview with WSAZ on Friday, Justice said he didn't know it was inappropriate.

"From the standpoint of if it was offensive to people, and evidently it has been," Justice continued. "If it has deflected away from what really happened, yeah, I wish we could have picked another word."

Justice said actions of Woodrow Wilson players on the court extended to the crowd at the rivalry game. He said the Woodrow Wilson coaches should have done a better job controlling their actions and their players during the scrum.

"I think that is adequate and enough in every way," Justice said. "But look, it's not the players, it's above the players, it's the coaches, the administrative people that are allowing a level of conduct to go on that's not good. These players are good kids."

Justice said he continues to coach his team, despite serving as governor because it is a community service. He said his players did not get involved in the incident because they know the rules to stay at their bench when something is happening.

"I talk to my kids all the time and I give them the benefit of wisdom," Justice said. "When we don't instruct our kids the right way, bad things can happen. That's why I think it's a responsibility for all of us as parents, adults, to try to give back to our children."

Dolan said the game was suspended and both teams have chosen to not finish playing the final few minutes. Greenbrier East was leading when play was stopped, so it will be given the win.

WSAZ reached out to Woodrow Wilson High School and the Raleigh County Superintendent’s Office for comment, but both said they did not want to talk about the incident at this time.

According to WVSSAC assistant executive director Greg Reed, five players have been suspended for 10 percent of their allotted games. Reed says this works out to be two games of their season.

After calling the Woodrow Wilson team 'a bunch of thugs', Gov. Jim Justice released a statement regarding the comment, saying he is "certain that the WVSSAC will deal with this in a professional and appropriate manner."

WSAZ talked with the governor Friday morning, and he apologized for his controversial remark, saying, "There is no way I would have used the word if I thought it was offensive to anybody. I go back and I think about it and Barack Obama used the word and stood by it and everything. You know, it's a word that's used in our newspapers. It's used in the New York Times all the time. There is no way I could have possibly thought or did possibly think it had anything to do with race. I regret using it again in this way, it has taken the attention away from what has happened. We should be focused on what happened because what happened is a shame for the Beckley kids. I love the Beckley kids. It's a shame for my kids, it's a shame for high school sports."

Justice also spoke on the two game suspension. "I think that is adequate and enough in every way, but look, it's not the players, it's above the players. It's the coaches, the administrative people that are allowing a level of conduct to go on that's not good. These players are good kids. For crying out loud, I grew up in Beckley, I played the first game ever at the Raleigh County Armory as a Crescent Chipmunk 5,000 years ago. I love the Beckley people in every way and have given my heart and soul to the Beckley people. This is not the kids and everything, this is a behavior that's allowed above the kids or promoted above the kids and it's not any good for the kids," the governor said.

One person shot after fight at house party

One person shot after fight at house party