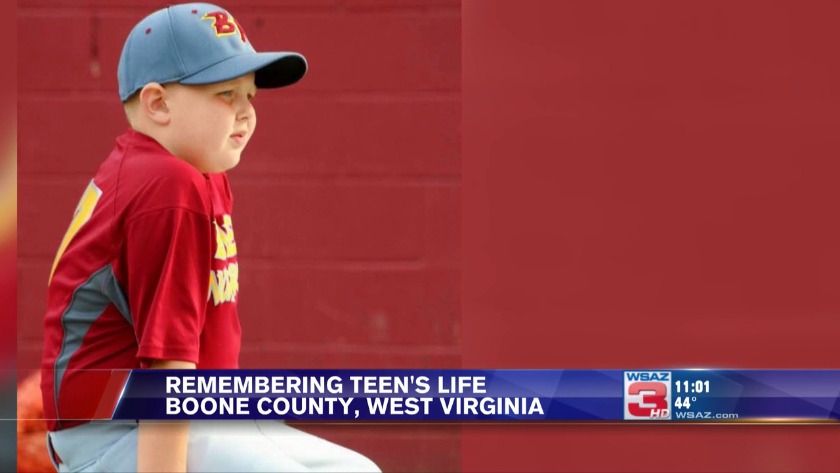 Remembering the life of teen killed in freak accident 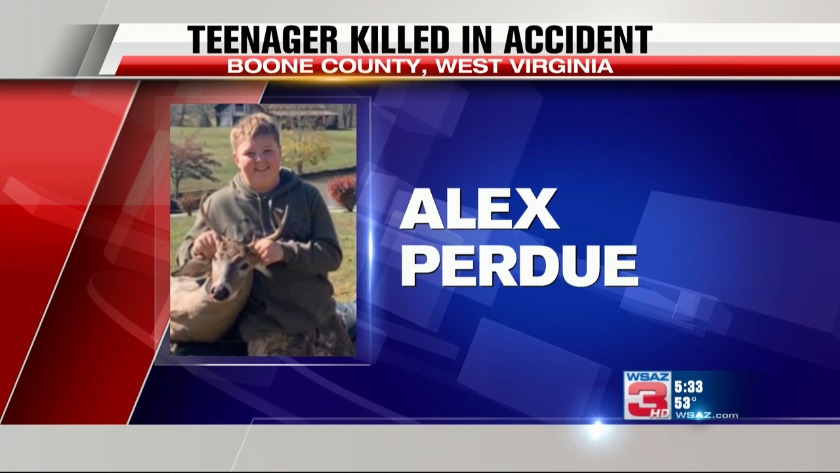 Alex Perdue was only 14. The accident happened Saturday in the Ashford area of Boone County.

Sheriff's deputies say Alex was on a side-by-side near Berry Lane and Emmons Road. They say it appears wind blew part of a tree down, causing it to land on the vehicle while it was in motion.

"It was just a freak accident," Graley tells WSAZ. "It was just really windy that day and going down a hill and the tree just fell on top of them."

Alex was a student at Sherman High School where students wore maroon in his honor on Monday.

"I know his mother is deeply grateful and touched that everybody participated in that," Graley said.

Chief Deputy Chad Barker said Alex will be remembered as a sweet and funny young man.

Two other people were injured in the accident but have since been released from the hospital.

Sherman Junior and Senior High Schools, as well as Boone Northern Little League, are retiring Alex's baseball jersey number, No. 27, in his honor.

Alex's family has set up a GoFundMe, if you'd like to donate you can do so by clicking here.


ORIGINAL STORY 1/12/20
A teenage boy has died after a side-by-side accident Saturday in the Ashford area of Boone County.

Two other people were hurt.

Boone County Chief Deputy Chad Barker says Perdue will be remembered as a sweet and funny young man. He says the tragedy has devastated the whole community.