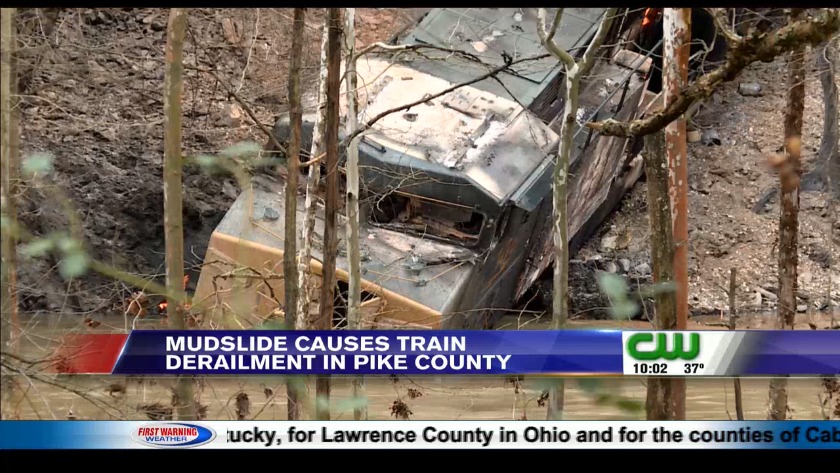 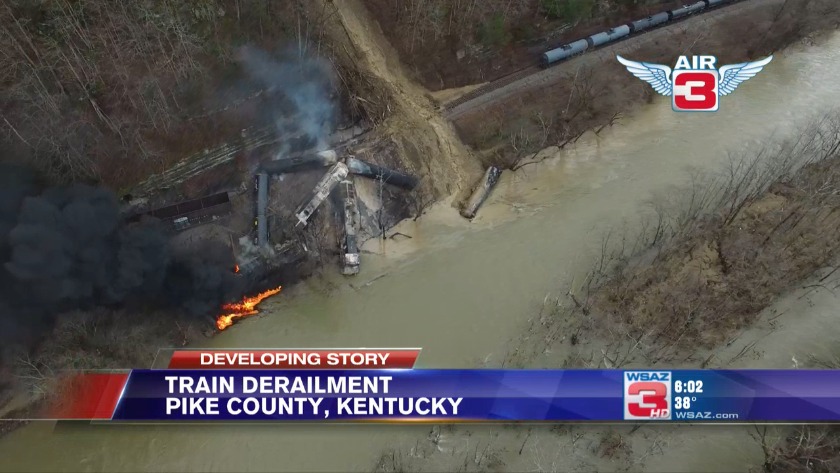 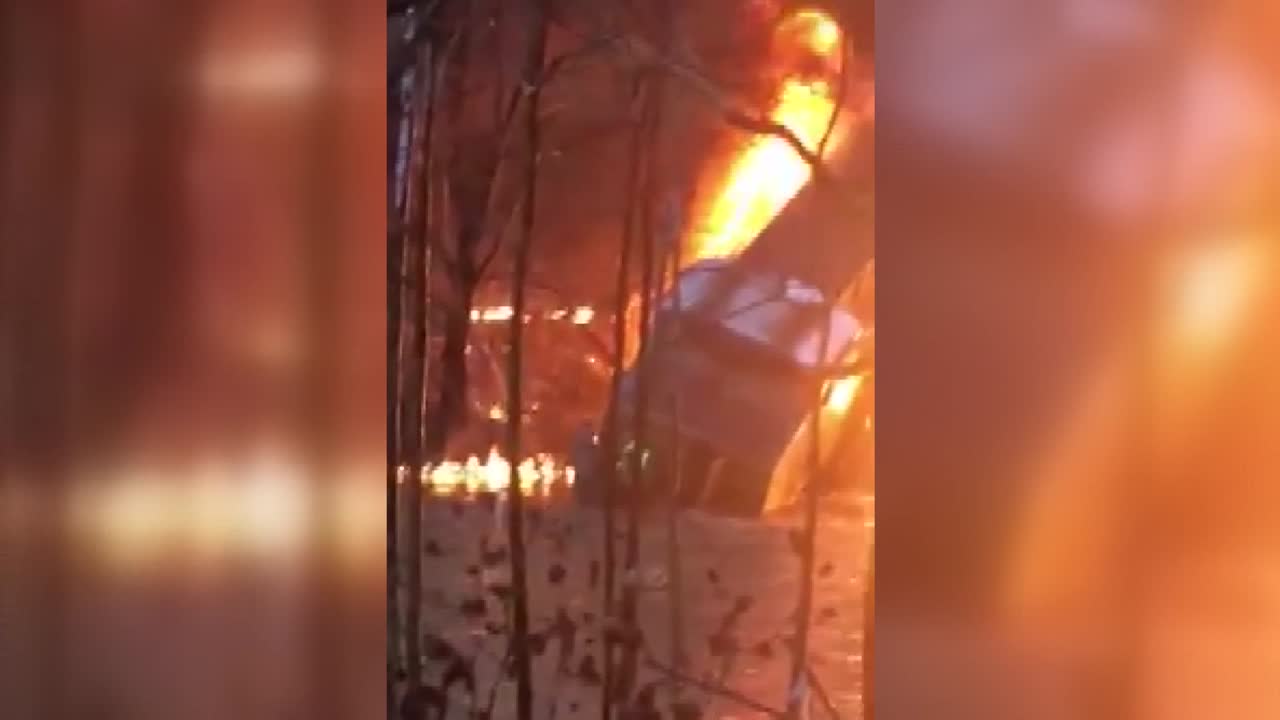 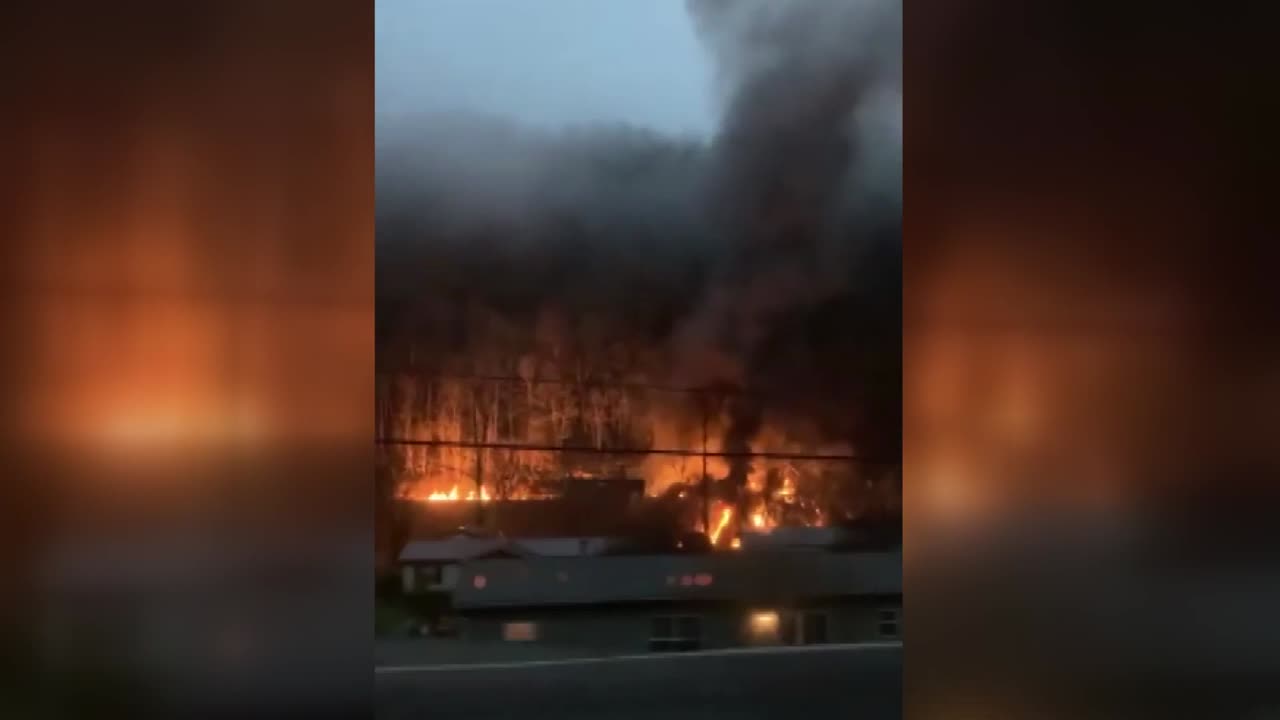 PIKE COUNTY, Ky. (WSAZ) -- UPDATE 2/13/20 @ 5 p.m.
The water system near the scene of the train derailment in Pike County is back to operating as normal, and no water customers have been affected, according to a spokesperson with the Mountain Water District.

They say the Division of Water has sampled the river above the intake near Draffin, and they are allowing their water intakes to go back online.

The intakes were shut down as soon as officials were notified about the train derailment before anything came down the river, the spokesperson said.

Another intake in Pikeville was temporarily shut down, as well, but is also back online. They say their systems weren't affected because they were shut down in time.


UPDATE 2/13/20 @ 9:11 a.m.
Two CSX employees have been taken to the hospital after a train derailment, according to the Pike County Emergency Management director.

Kentucky State Police tell WSAZ that it happened at 6:52 a.m. Thursday in the Draffin area, just outside of Elkhorn City.

Two engines and an unknown number of rail cars ended up on the riverbank. Two employees had to be rescued by boat after they found themselves trapped by flames.

Investigators say the employees that were transported to the hospital are "in pretty good shape."

Officials say the CSX train was hauling ethanol alcohol in the tanker cars that spilled into the river. KYTC District 12 says homes in the Ratliff Bottom area have been evacuated as a precaution due to the possibility of an explosion.

Crews at the scene say the train derailment was caused by a large mud and rockslide on the tracks.

There are two water plants downstream from where the accident took place. Officials say one plant has been told to shut down for the day.

The Kentucky Transportation Cabinet District 12 says US 460 was initially shut down but has since reopened. The derailment is on the other side of the river. Drivers are asked to go slow in the area.

Officials tell WSAZ's crew at the scene that CSX will be sending a train to pull the one that derailed out.

The National Transportation Safety Board has been notified.

CSX emergency teams have been mobilized along with other agencies and will be responding to the scene over the next few days.

The public is being ask to avoid the area as much as possible for safety, due to the limited amount of parking and narrow roadway in the area

We have a crew at the scene.

Kentucky State Police tell WSAZ that it happened at 6:52 a.m. Thursday in the Draffin area, just outside of Elkhorn City.

KSP says U.S. 460 is shut down in both directions as a precaution in case the smoke coming from the fire is toxic.

According to reports from Pike County officials, the train engine is on fire.

According to KSP, water rescue is requested as two people maybe trapped.

The KSP dispatcher said it's unknown at this time how many train cars are affected, nor what type of material was contained in them.

The dispatcher tells us flames are showing and there is concern about possible hazardous material involved in the crash.

Pike County officials are reporting the derailment at Ratliff Bottom in Draffin.

A WSAZ crew is headed toward the train derailment to gather information.