WATCH: Inside active shooter training at an elementary school 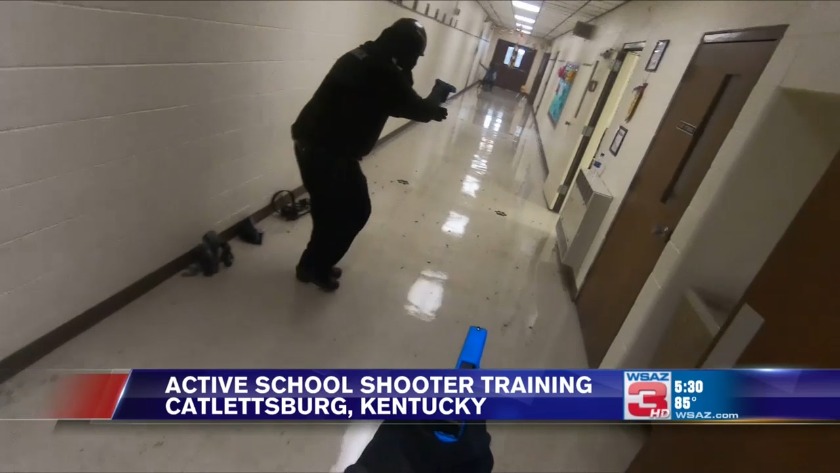 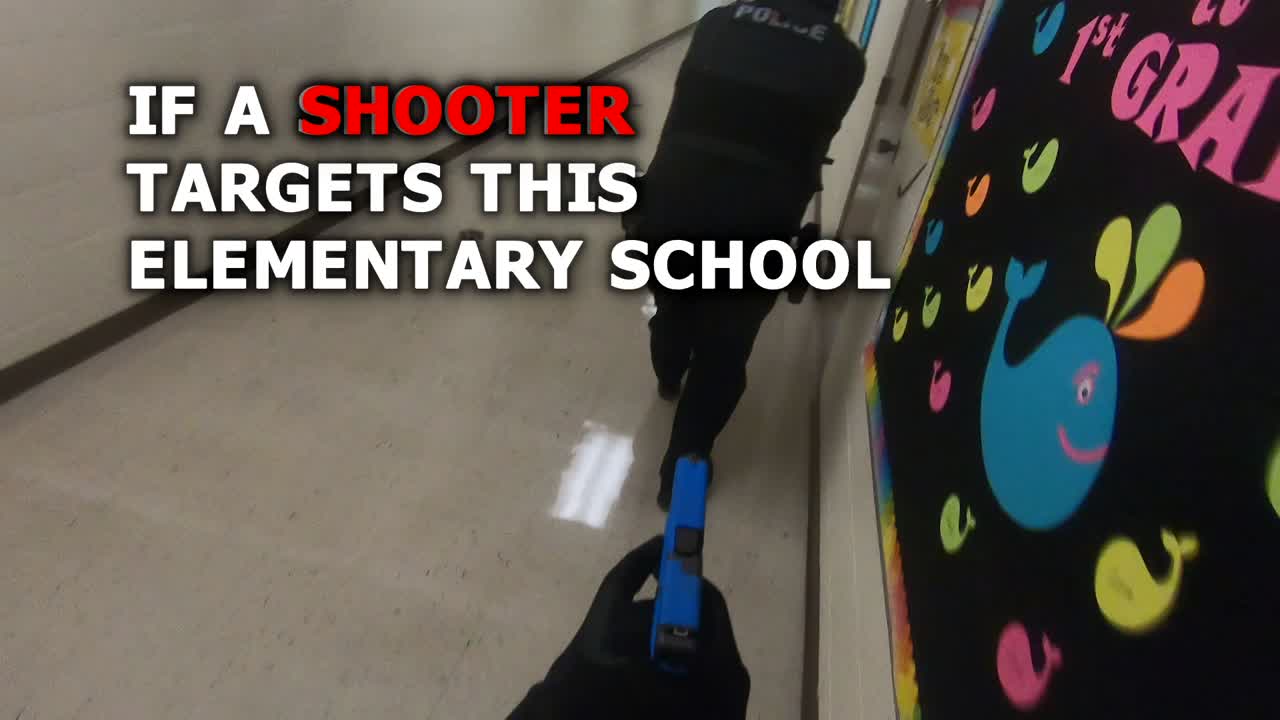 WATCH: Inside active shooter training at an elementary school

CATLETTSBURG, Ky. (WSAZ) -- UPDATE 8/9/18 @ 5:58 p.m.
As the new school year approaches, teachers are in training. Not just for educational reasons, but for safety, in the wake of numerous mass shootings at schools.

The faculty and staff at Catlettsburg Elementary spent Thursday going through several possible scenarios of an active shooter in their building.

"We have to be prepared for all of that," said Principal Jeff Frasure.

The training was in conjunction with the Catlettsburg Police Department. Officers were learning new tactics to find the shooter, as well as eliminate the threat.

WSAZ was given exclusive, rare access inside the training -- even letting us suit up as an officer and get their perspective as the run toward the danger and save lives. Teachers were learning best ways to secure rooms and protect students, all while trying to call for help from the outside.

"Being prepared is the main thing," Frasure said. "The reality of it is, people do think, 'Hey, it can't happen here, won't happen here.' But that's what all of the schools say. I mean one of the first shootings I ever heard of was just down the road at East Carter."

Some of the advice officers gave teachers is good to talk with your children about, as well.

"Don't try to get out of control or anything," said Catlettsburg Police Chief Cameron Logan. "Don't try to alarm the shooter. Just try to remain calm, I know it's going to be tough."

During the training, law enforcement were able to point out some flaws in security plans, which the school plans to adjust.

The first day of classes for Boyd County Schools is Aug. 15.


ORIGINAL STORY 8/9/18 @ 2:33 p.m.
It's a scenario we hope never plays out in real life, but police are training for before the start of the school year in Catlettsburg, Kentucky.

The Catlettsburg Police Department is working with the faculty and staff at Catlettsburg Elementary School on active shooter training.

Teachers learned about how to protect their students during a hands-on simulation Thursday.

WSAZ's Chad Hedrick got rare access to a training session like this. Many agencies don't provide an inside look at their tactics, but Catlettsburg Police Chief Cameron Logan wants parents to see the steps officers take to keep their kids safe.

You can watch more of the simulation and hear from school leaders and police tonight at 4 and 5:30 on WSAZ. Watch on TV or livestream our news here.