UPDATE: Property crimes down in Charleston since suspension of needle exchange program 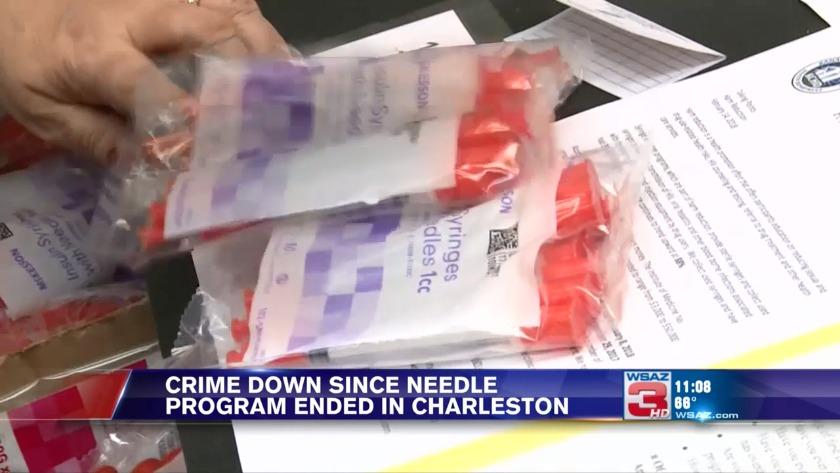 Crime down in Charleston after needle exchange program ended 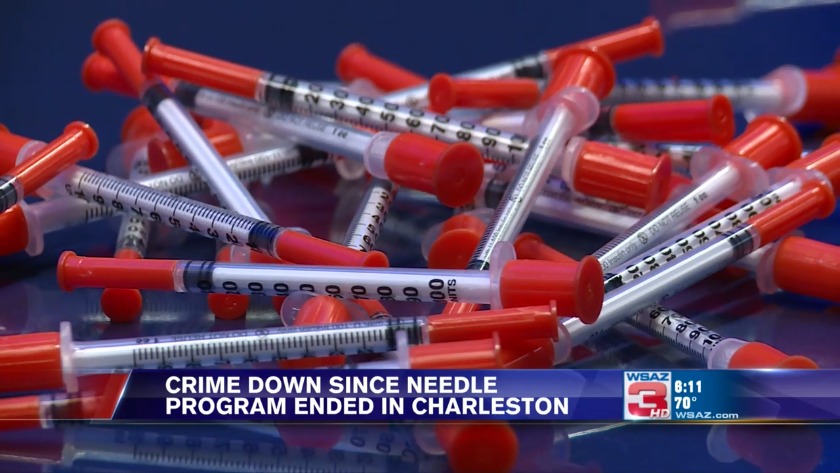 Crime down since needle program ended in Charleston 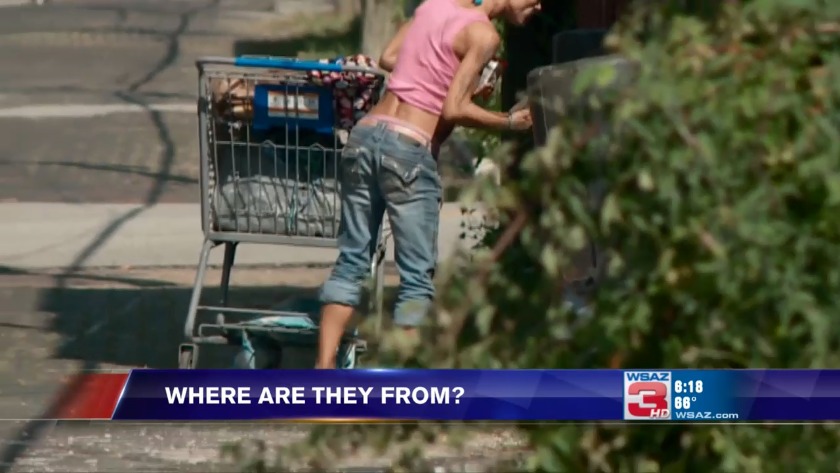 WSAZ Investigates: Where Are They From?

HUNTINGTON, W.Va. (WSAZ) -- UPDATE 9/11/18 @ 7 p.m.
When Charleston Mayor Danny Jones saw our story Monday evening showing heavy foot traffic of homeless people in the alleys of Huntington, he says it felt like a mirror image of Charleston from before their needle exchange program was suspended in March.

"Huntington apparently has embraced it," Jones said. "Here's Huntington's problem, and they don't even know it. All they're going to end up doing is managing needles."

Charleston Police Chief Steve Cooper says after that program started in Charleston in 2016, property crimes went up dramatically, with more than 800 car break-ins in 2017.

Nine months into this year, the number of car-break-ins is around half that.

Cooper says that takes them back to the levels they were at prior to the needle exchange program starting.

Mayor Jones, who's not running for reelection, is adamant he doesn't ever want the needle exchange program to be restarted.

"You can scrap downtown if this ever comes back," Jones said.

The president of the Kanawha-Charleston Board of Health said there's no plans or thoughts for the needle exchange program starting up again, regardless of who's elected in November to become Charleston's next mayor.


ORIGINAL STORY
This summer it's been hard to miss heavy foot traffic in cities across our region -- unfamiliar faces wandering the streets.

Eddie Harbert lives along 7th Street and 5th Avenue in Huntington and says he's seen people sleeping on and under his porch.

"One day somebody set up a tent in my yard thinking that was OK," Harbert said. "There seems to be this sense of entitlement."

So who are these people and why are they here?

We talked to at least a dozen people traveling through the alley behind WSAZ. Of those who were willing to talk on camera, more than half were from out of town, and three admitted they take advantage of Cabell County's needle exchange program.

"If they don't get new needles, they're re-using the ones they've got," one of those men said. "That program is excellent for that, because a lot of people are going to die from going septic by re-using needles. We need that program."

WSAZ requested documents from the Cabell-Huntington Health Department to find out who's actually using the program.

What we found may surprise you.

In the last full report available from 2016, documents show people from at least 120 zip codes participated in the program. Cabell County has less than 50 zip codes, showing hundreds of out-of-towners have used the needle program.

"One thing we see different now, as we get into this stage of an opioid epidemic in the country and the region, there do seem to be more folks who're homeless, for lack of a better term right now, that are moving from place to place that have sort of burned their bridges with their friends and with their families," Huntington Police Department Chief Hank Dial said. "We have a higher percentage of those types of people than we've seen in the past."

Dial says the police department has been working closely with the needle exchange program on major modifications.

"In January we started looking at only allowing it for residents of Cabell County and Huntington," Dial said. "We requested they make that change, and they did, because we did believe criminals were coming here for that reason."

Dial says that change was implemented in June.

WSAZ also obtained a preliminary report on the needle program that shows through June of this year, at least 35 people from Wayne and Putnam counties and Lawrence County, Ohio have used the program.

Discarded needles from the program have also been a concern.

That's a difference of more than 160,000, and it's why Chief Dial says the needle exchange program has now shifted to an actual one-for-one exchange.

Chief Dial says the city already has strong camping ordinances in place to prevent homeless people from staying in one place.