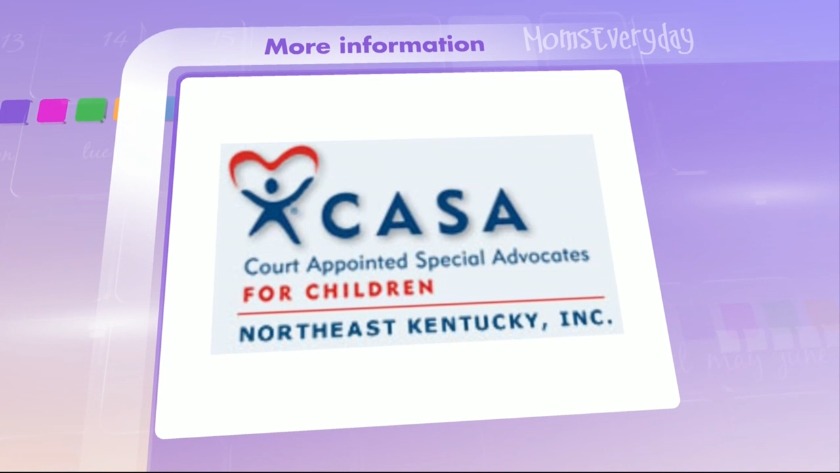 CASA: Helping kids in the tri-state 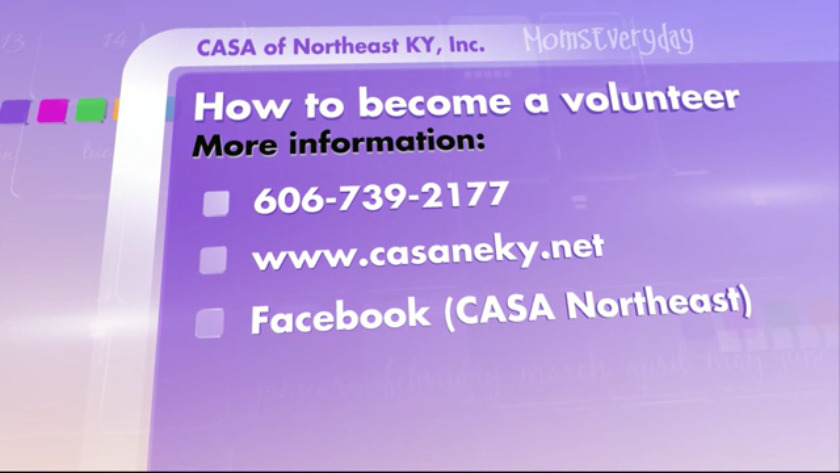 What CASA Stands For, What They Do & How To Become A Volunteer

CASA is a Court-Appointed Child Advocacy that recruits/trains/supervises community volunteers that are appointed by the Judges to advocate for children who have been removed from their homes due to abuse and/or neglect. These children are all involved in the Court and Foster Care system, and volunteers are appointed to advocate for them in the Courtroom, Classroom and the Community until the resolution of the case.

CASA of Northeast Ky, Inc. was started in 2000 by the Honorable George Davis, III and Foster Care Review Board Chair Christy Reaves.

The legal community embraced the program by donating office space, equipment and supplies to get the program operational. National CASA approved membership and awarded the first operational grant, and staff was hired. Many community members volunteered in an advisory capacity serving on the Board of Directors and various committees.

Today, we are self-sufficient through various fundraisers and grants.  We employ 4 full-time staff, and utilize work study programs through local colleges and universities while also accepting practicum students for their coursework requirements.

We are a United Way agency, and feel very fortunate to have the community and judicial support needed to sustain the program in a very overburdened non-profit world all these years later. We are grateful for the support of our local foundations such as Foundation for the Tri State, Mansbach, Steven Salyers, Billy Ray Cyrus, and OLBH who have remained consistent sources of support since our inception.

What is CASA?
Court-Appointed Special Advocates that advocate for children who have been removed from their homes due to child abuse, neglect and/or dependency.
Who can volunteer as a CASA?
Potential volunteers must be 21 years old and able to successfully pass extensive criminal background checks and drug tests. Volunteers must be able to commit to volunteering at least 10 hours a month. CASA will provide all the necessary training for the volunteers to perform their advocacy role.
What exactly does a CASA volunteer do?
Volunteers spend time with their appointed child, interview all relevant parties, collect information and gather records. They prepare a written report with recommendations to the Judge so that the most informed decisions can be made in the best interests of the child.
Where can I learn more about CASA?
Learn more about CASA at www.casaneky.net or www.nationalcasa.org and follow CASA of Northeast Ky on Facebook under CASA Northeast
Where is the CASA office located?
CASA of Northeast Ky serves children in both Boyd and Carter Counties in Kentucky. There is a CASA office in both Courthouses in each County.

Ways To Get Involved

Board Member - A Board seat allows members to vote on program issues, help govern and sustain the program, and serve on important committees that shape the program. Meetings are once a month and requires trainings, soliciting, providing monetary support, and participating in committee work.

Advocate - Advocate positions requires training, on-going In-service trainings to actively work cases of child abuse and neglect under the supervision of the program. Advocates can take up to 2 cases at a time, and will receive case management and support from the CASA staff.

Events Committee Member - Anyone interested in helping on a certain event can sign up to work on that particular committee without any obligations to serve in a long term capacity.

Donor - CASA is a 501©3 non-profit agency that relies very heavily on community support for its sustainability. We are always seeking and appreciative of any and all donations, including monetary and non-monetary such as school supplies, toys, Christmas gifts, personal care items and/or art supplies for foster children. We also appreciate in-kind donations such as office supplies/equipment, furniture and/or professional services.

Corporate Sponsors - CASA hosts a variety of community events and actively seeks Corporate Sponsors for each event. Each sponsorship will offer incentives such as tickets for admittance, signage recognition, social media recognition and inclusion on all written marketing pieces.

Ambassadors - These people can help by helping us increase program awareness that leads to more volunteers and donors for the program. This can be accomplished by inviting us to speak at your group (church, civic, etc.), liking/sharing our posts on Facebook, and attending our events.